After two decades of marriage, you might assume Emelia and Jeff know each other as well as they know themselves. Hiding the smallest of idiosyncrasies for that long requires an impressive amount of effort, but locking away the core of one’s identity would be a herculean task. On the night of their 20th anniversary, however, Emelia discovers a deeply hidden secret about her husband’s identity through a pair of VR glasses, buried inside of him since before the two met. Blending sci-fi with human sensibilities, “VERT,” is a beautiful film about the power of bravery, acceptance, and unconditional love to release a lifetime of internalized shame.

Featuring flawless performances from Nick Frost of the Three Flavours Cornetto trilogy and BAFTA Nominee Nikki Amuka-Bird, we are honored to present “VERT” as the winner of the Vimeo Staff Pick Award at the 2020 SXSW Film Festival.

We had the opportunity to speak with director Kate Cox about her inspiration and process behind “VERT” ahead of its online debut on Vimeo. Read on for excerpts from our conversation: 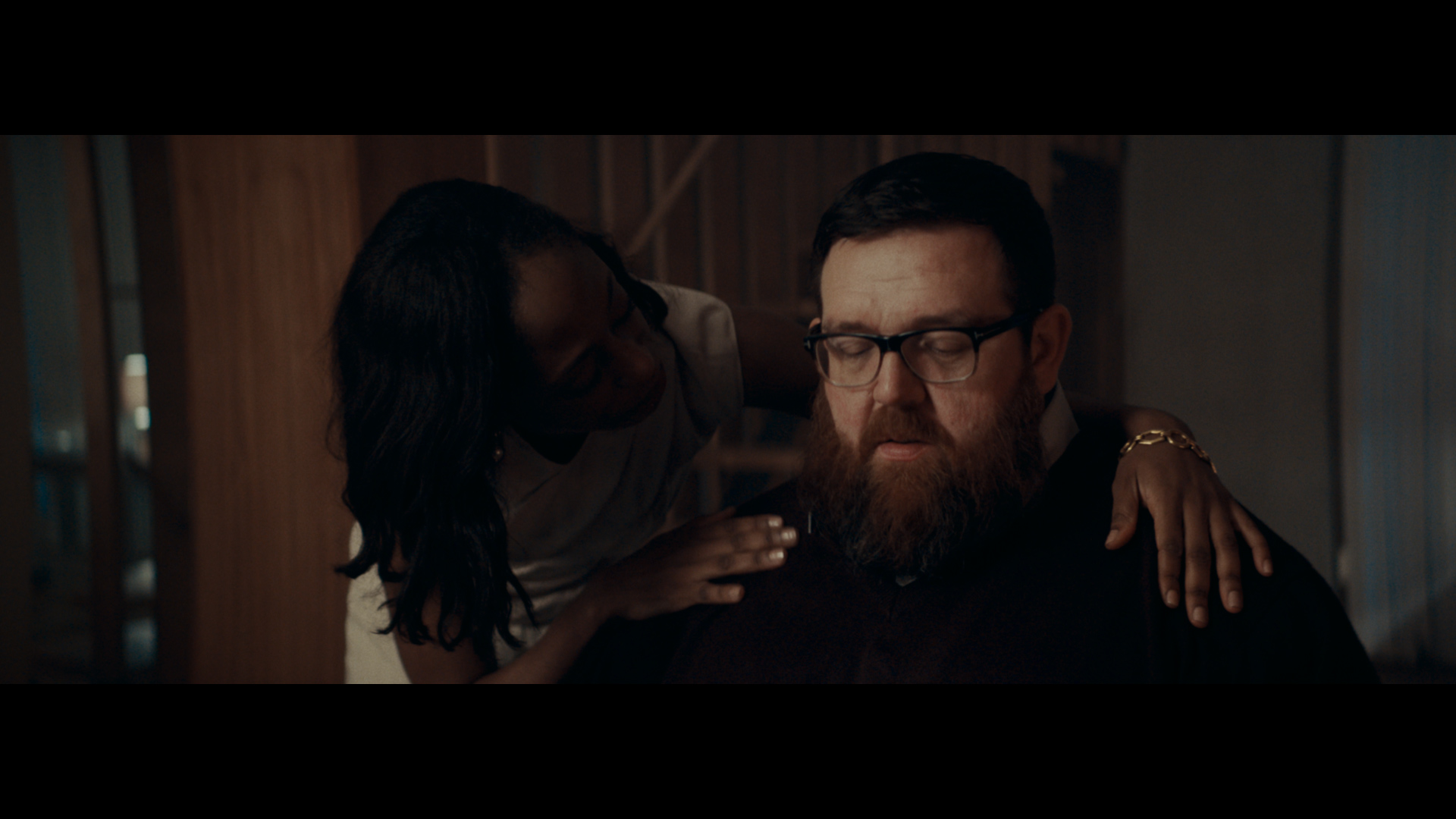 “I was thinking how identities can change over time and toying with the idea of a script around this. At the same time I met with Nick Frost, and that evening the story just poured out of me. I was fascinated by what lies behind a very masculine exterior.”

“I wrote the script with Nick Frost in mind and so I was delighted when he accepted, replying to my email with just ‘I’m in’! I was blown away when I heard Nikki Amuka Bird loved the script and she really helped me develop her character, Emelia. Casting Director Clare Harlow came onboard to find ‘Jem’. She suggested rising star Olivia Vinall, and I knew immediately she was right. Olivia embraced the improvised scene with such creativity and trust. My actors made it such a dreamy shoot for me.” 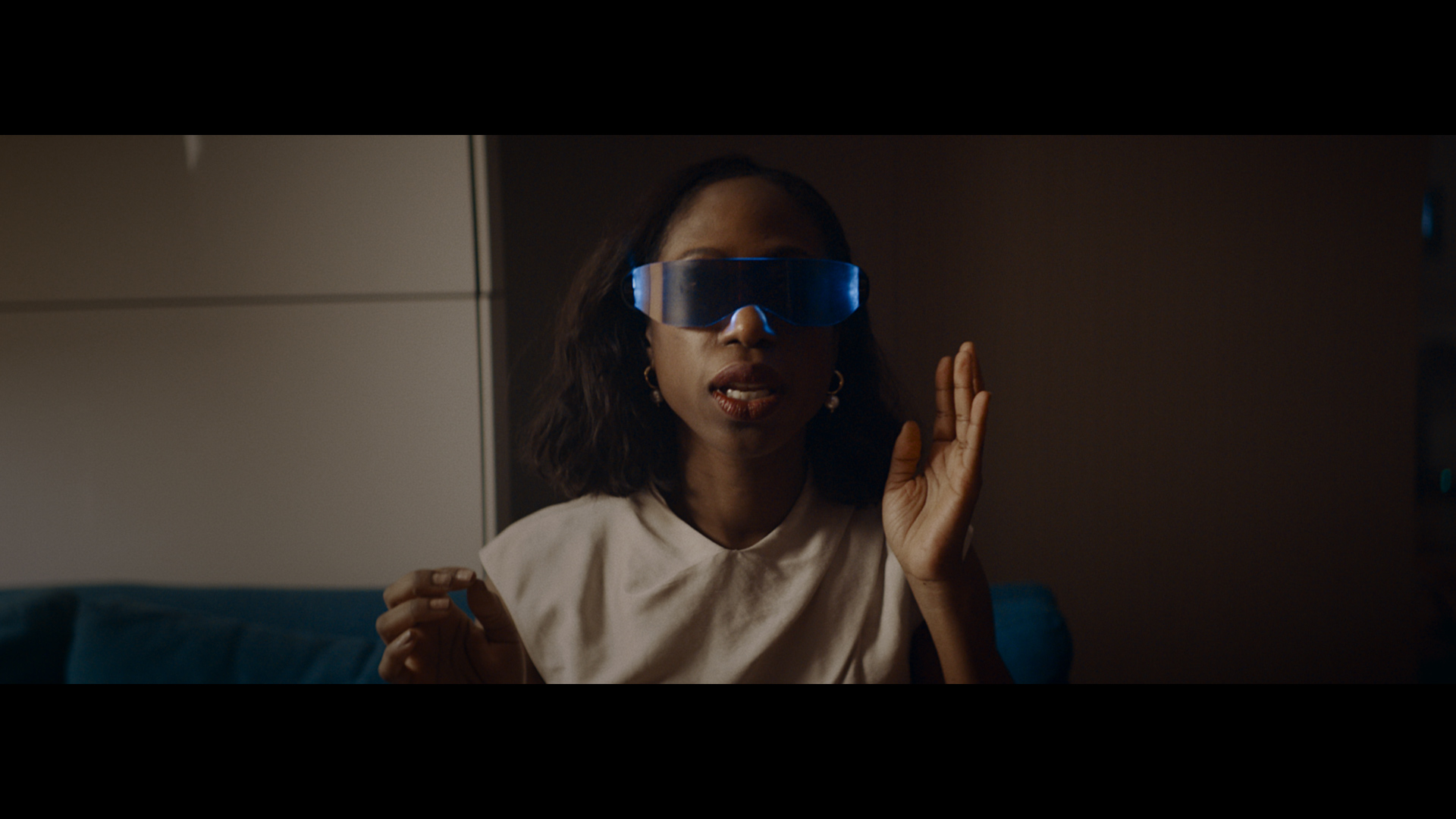 On separating reality from a virtual world:

“I always imagined the VR world being lit differently. Aaron Reid and Gaffer Lee Parfait gave me the luxury of choice and what we found just felt right. I learned that those colours are called ‘bisexual lighting’ after the shoot. The sound design separates the two worlds really well also.”

“I was happy that it got some laughs at the Aesthetica Short Film Festival. It’s impossible to not find Nick’s delivery of dialogue and Jeff and Emelia’s relationship dynamic amusing. I recently got a very touching email from a person telling me “VERT” changed their life and gave them the courage to begin their journey transitioning. That’s more than I could have hoped for, really.” 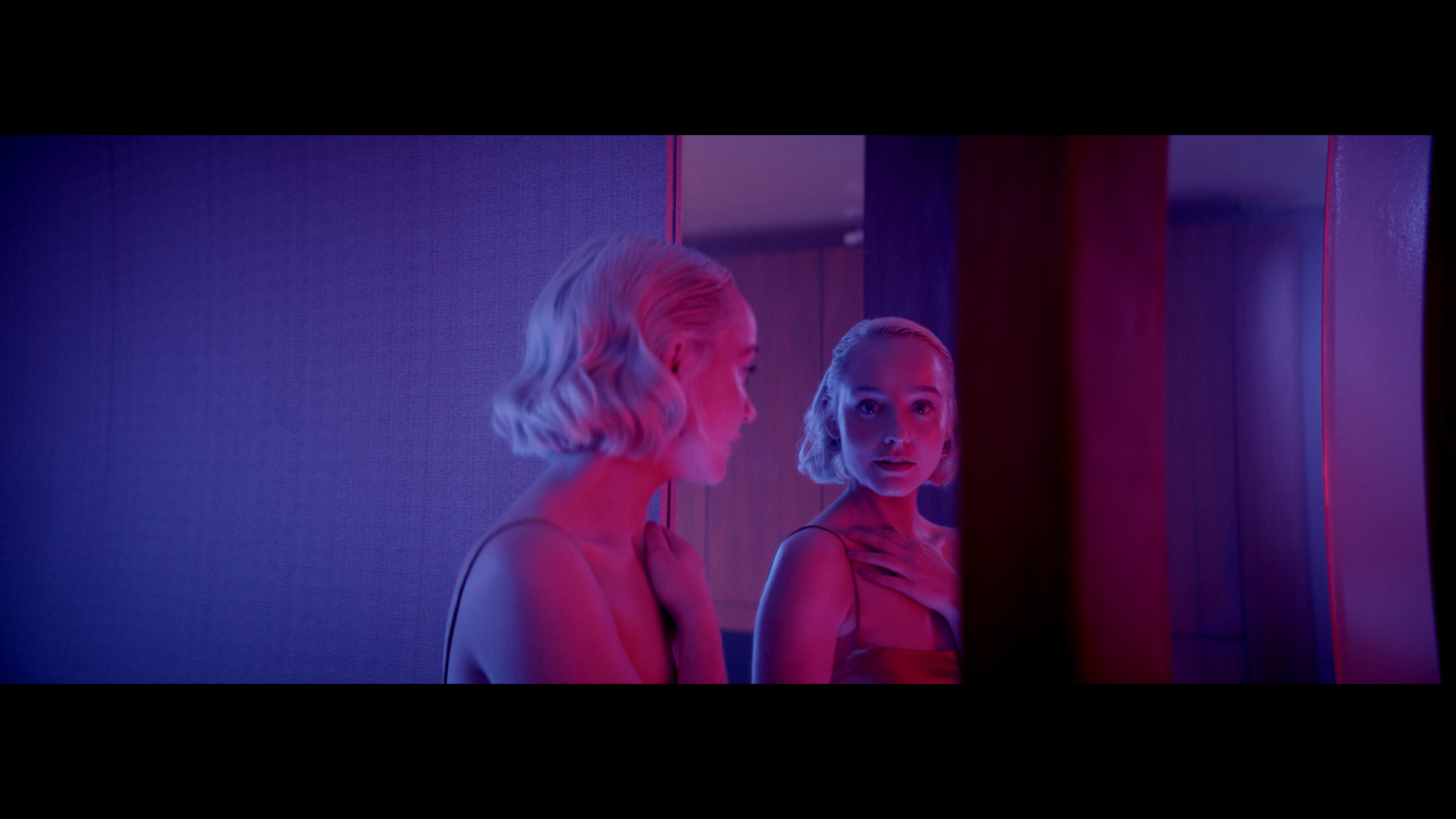 “We shot it in one day and my script was originally 14 pages long. There was a lot of harsh editing right up until the shoot day! Aaron and I pulled our hair out over how to use light to transition from day to night on such a small budget. In the end, layers and layers of neutral density filters worked a treat!”

“Try and keep things simple and focus on the script.”

On what’s next for her:

“I have another short in pre-production and my first feature in development.”

This week’s Staff Pick Premiere “Nosis” from German animator Vincenz Neuhaus is a story about a big nose that possesses even greater power.

There is a way to help. More than one, in fact. Read on for four actionable steps you can take to support small businesses in your area, and beyond.

On the night of their twentieth anniversary, a virtual world enables Jeff to uncover a secret he had been hiding from his wife for decades.