Commissioned by The Getty Museum and drawing from The Getty’s rich and newly digitized archive, “Ed Ruscha – Motorized Photographs Of Sunset Blvd. And Other L.A. Streets” combines photographs taken on the back of a pickup truck with excerpts from Jack Kerouac’s “On The Road” (read by Ruscha himself).

The result is a hypnotic collage of architecture, art, literature, and sidewalk characters — and we’re excited to share it online exclusively on Vimeo. In honor of today’s premiere, we reached out to director Matthew Miller to learn more about how (and why) the film was made. Scroll on for excerpts from our conversation. 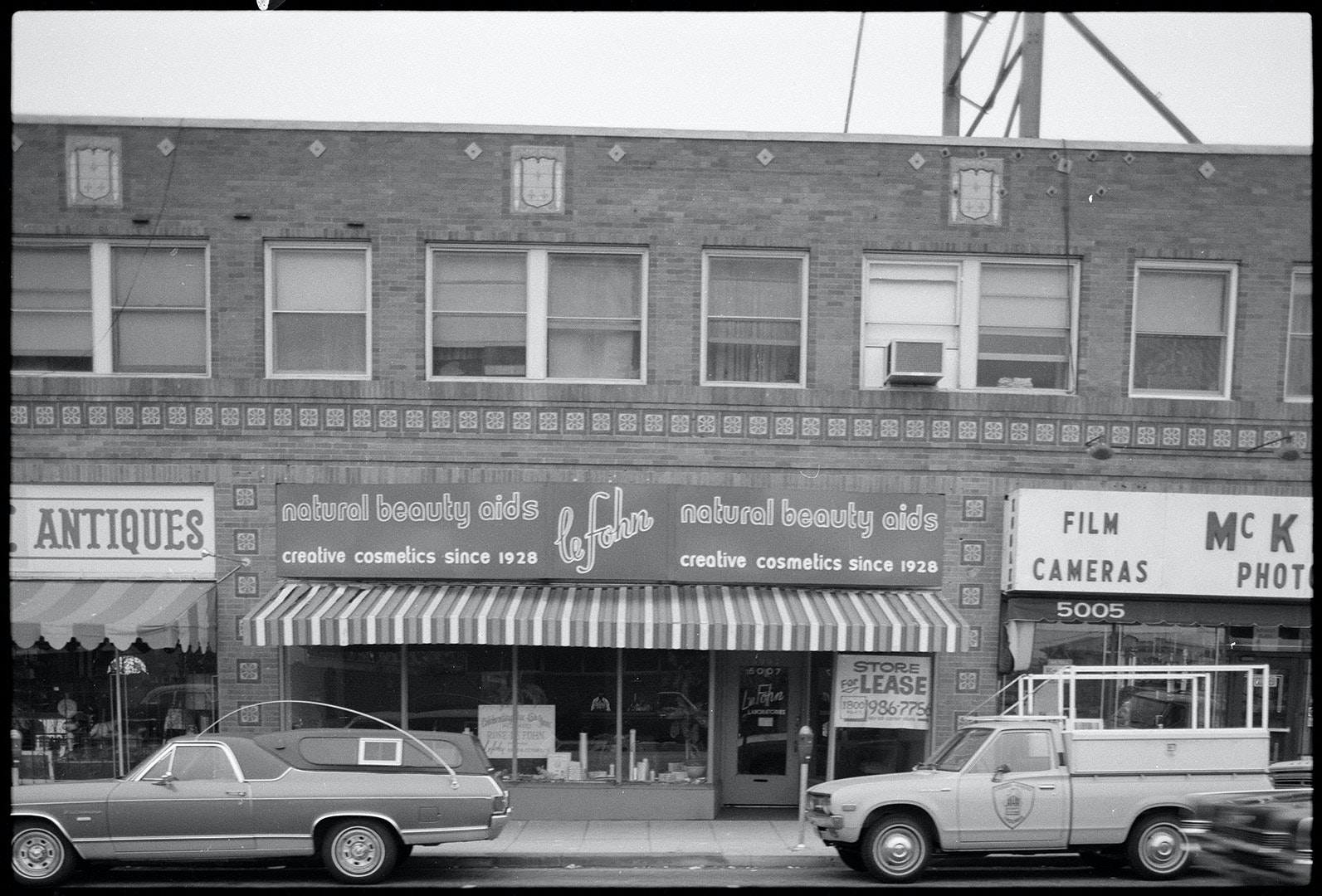 “A few years back, I worked on the editing and graphics for a really cool short about Ed Ruscha by Felipe Lima. One project that really stood out to me during this deep dive into his work was his 1966 book, Every Building on the Sunset Strip. In it, he photographed both sides of Sunset Boulevard from the back of a pickup truck. He stitched the photos together to make one long book that folded out to 27 feet. That project turned into his larger ‘Streets of Los Angeles’ series, which spanned decades.

He made copious notes over that time in an effort to standardize the process, covering everything from the height of the camera to details like ‘Protect the photog’s ribcage with a lifebelt or jacket.’ The notebooks, along with a great photo of Ed standing with the camera in a truck bed, really got stuck in my head. It was probably because the whole thing seemed a little unsafe and looked like a lot of fun. So when this project for The Getty came about, I wanted to try to capture the language of the street as Ed might have seen it from the back of the pickup truck, keeping in all the loose ends and scrap notes he collected along the way.” 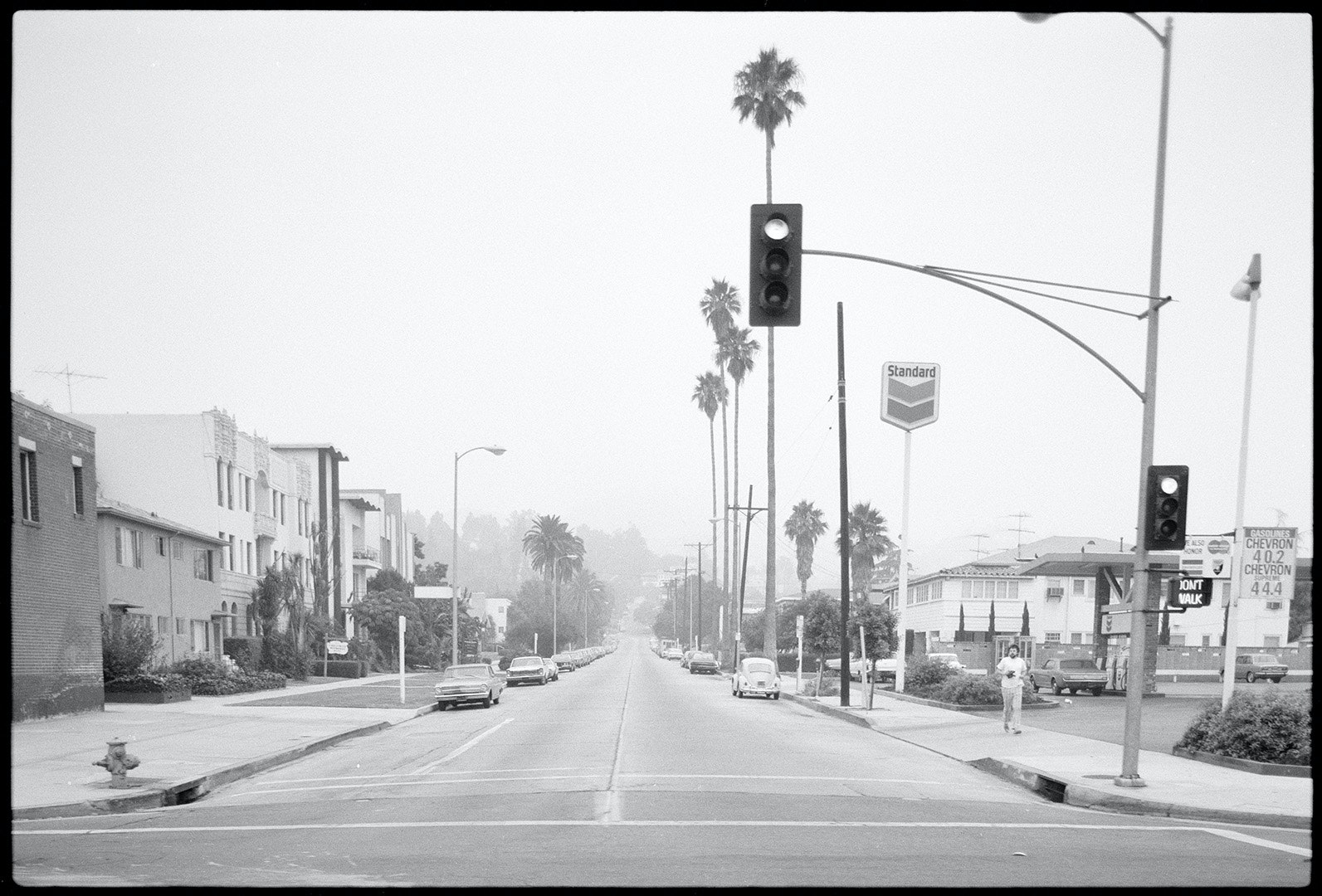 “The city of Los Angeles and Jack Kerouac’s On The Road show up in a lot of Ed’s work. He made a big artist book version of the novel and quotes from the book appear in a handful of his paintings. Kerouac originally wrote the novel on one continuous 120 foot-long scroll, which reminded me of Ed’s 27 foot-long book.

We made our selections with the goal of constructing a mini narrative that evoked Ed’s sensibilities. Ed’s perspective seemed to speak to the signage and architecture of the city, while Kerouac’s voice felt like it was pulling in all the lively characters of the street. I think we ended up with a mix of the two. 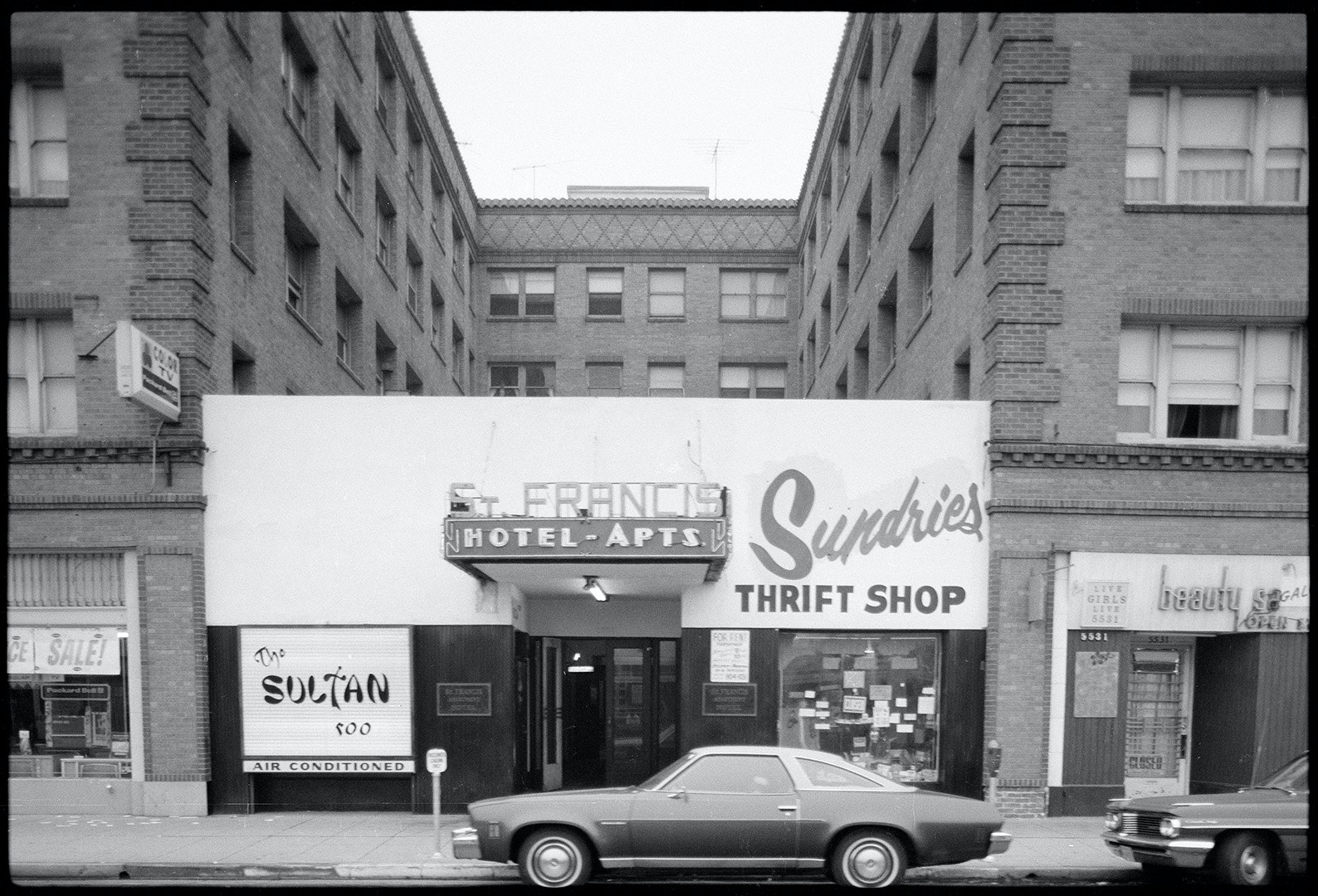 On creating movement through editing:

“I was really curious to get the images together in a sequence and see if they would play back as motion. The photographs connect pretty seamlessly in print, but I wasn’t sure how that might translate to a frame rate. I put together sequences in After Effects to treat the photo batches as image sequences and played around with different speeds. Working with the image scale played in quite a bit as well, as the sensation of motion was easier to track if your eyes could follow an object across multiple frames on the screen.

That stuff got us going, but the hard work became selecting the images while simultaneously reading through On The Road to pull passages. Sean Leonard, the fantastic editor on the project, made a bunch of selections that were really great at building a narrative through-line, whereas my selections tended to be more random fragments. We also selected a bunch of onomatopoeias and things like, ‘Ah, holy hole!’ and ‘Wine-spodiodi!,’ with the hopes that they might find a place.

For a while, it felt like the footage wanted one thing and the voiceover wanted another. It was Sean’s magic that really brought it all together. He also did the sound design! 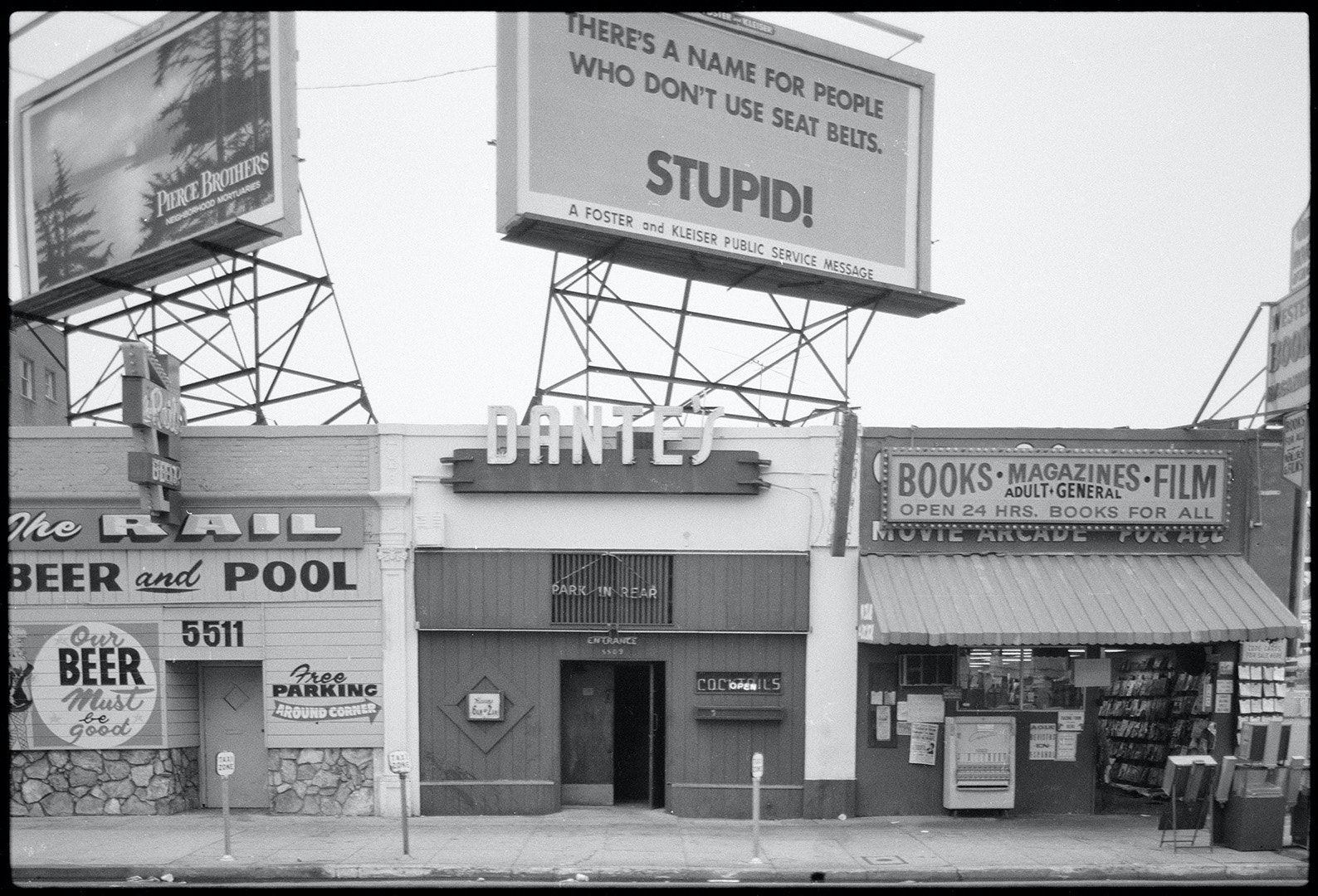 On the challenges of making the film:

“Ed’s decades-long project has resulted in over a million pieces of imagery, notes, and contact sheets, all of which The Getty Research Institute is in the process of digitizing for preservation, exhibition, and research. Because they are digitizing all of these images for preservation, each image is being scanned at a really high resolution and entered in a database.

In 2020, the material will be available online and on exhibit at The Getty. That database is not yet finished though, so while the huge resolution was a dream in terms of punching into the images, it ended up causing a bottleneck for us getting the files. For example,’Wilshire Blvd. 1977′ would end up being seven thousand images, each with dimensions around 10600 x 7000 pixels. It was also archived in a way that didn’t allow for a simple drag-and-drop onto a hard drive like we’re used to.

Waiting on files really cut into our time and limited the amount of photos we could feature. At one point, the transferring process was so slow that they had to have somebody in their lab write a script to work around their database and downscale images for us.” 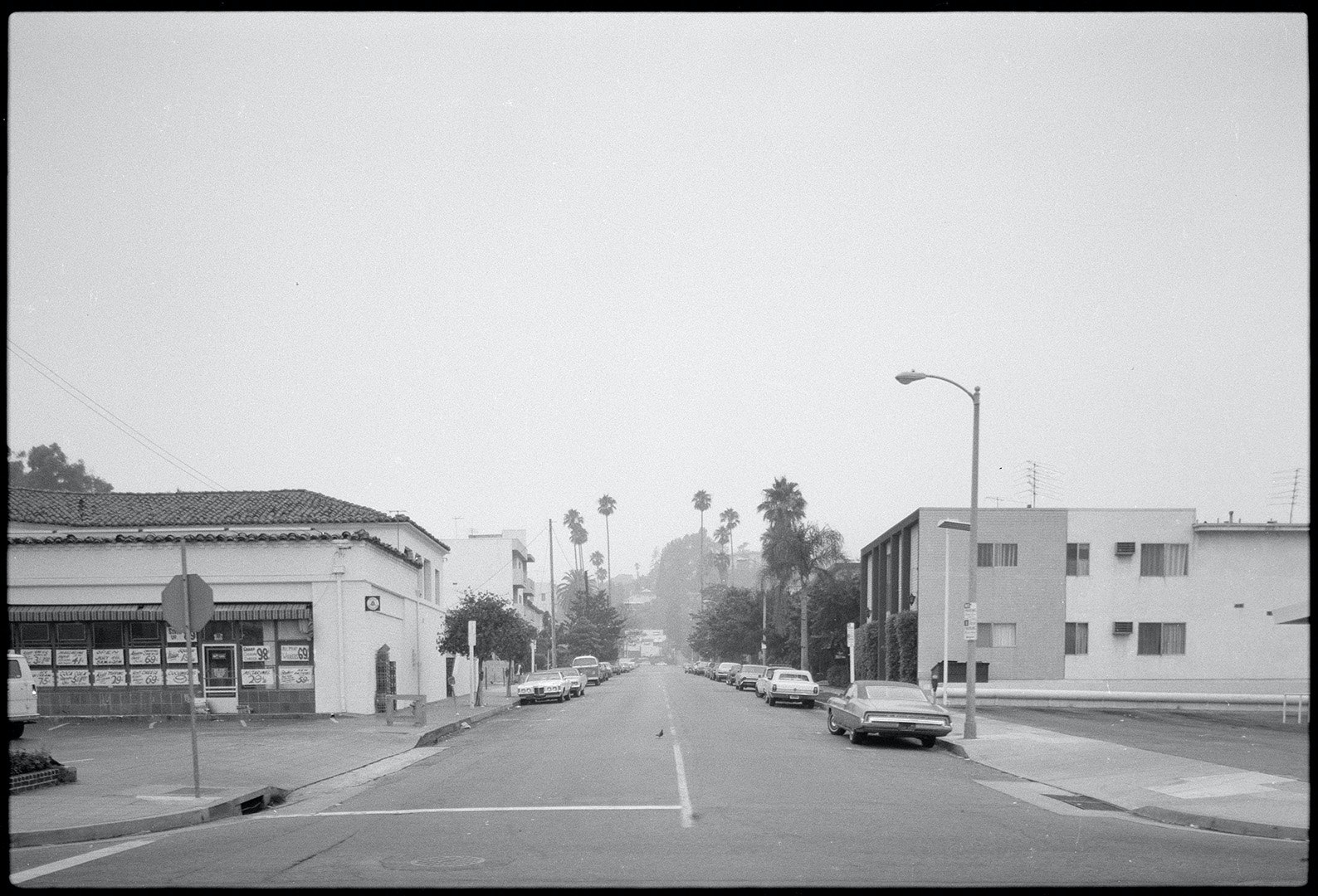 “I’m still an aspiring filmmaker myself. But one piece of advice I have is to try to work with people you admire and enjoy being around.”

“Volunteering with Citizens’ Climate Lobby, advocating for regenerative agriculture, and working on a home garden. I’ve also been re-writing two scripts and a short film that I’m really excited about.”

When two politicians stubbornly try to gain the upper hand during a handshake, their grim intransigence takes on a monstrous life of its own.

A young drama student must reconcile the potential pros and cons of a defining lead performance act.

They say that the punk rock movement was born in Mid 70's New York City. If so, then David Godlis was in the delivery room.