This week’s Staff Pick Premiere, “Coyote,” is a psychedelic tour de force from Swiss animator Lorenz Wunderle. A pack of wolves brutally murder a family of coyotes. A mythological buffalo of pure violence is manifested in blood. In a parallel universe, the demon creature resurrects the coyote father to exact revenge for his fallen family. In this universe, the animals are anthropomorphized, wear clothes, drink beer, and listen to country music.

Employing a bold style and trippy color palette, Wunderle juxtaposes the colorful cartoons of Saturday morning with the bright blood and neons of ultraviolence to make an incredibly impactful final film. “The Ren & Stimpy Show,” “Superjail,” “Happy Tree Friends,” anime and Adult Swim are obvious influences, but Wunderle’s distinctive voice shines through in the unique violence and emotional weight conjured within.

After a fantastic festival run, winning prizes all over the world, “Coyote” is online exclusively at Vimeo for the first time ever. Ahead of the release of the short, we reached out to Lorenz to see how this film came to be. Read on below for excerpts of the interview.

“I grew up watching a lot of Hollywood action movies that were all about good versus evil, and also a lot of cartoons like ‘Looney Tunes’ and ‘Tom & Jerry.’ Initially, it was the revenge theme mixed with the toxic masculinity, where you have to save your honor for any cause whatsoever. For me, the demon buffalo stands for this toxic thing that is tempting the coyote to take revenge on his enemy.”

On pitching the film to producers:

“I pitched my idea and mood boards to six to seven Swiss producers while working on my masters, but no one was feeling it. The feedback was: ‘It’s too bloody,’ and ‘No one can relate to the idea of revenge.’ The problem was I hadn’t provided enough insight into what the short would feel like when you watch it. At the end of my masters I made a fake trailer for the short to add it to my pitch. A friend recommended YK Animation Studio and said they were interested in producing shorts. Ramon Schoch at YK liked the trailer and understood the direction I wanted to go.” 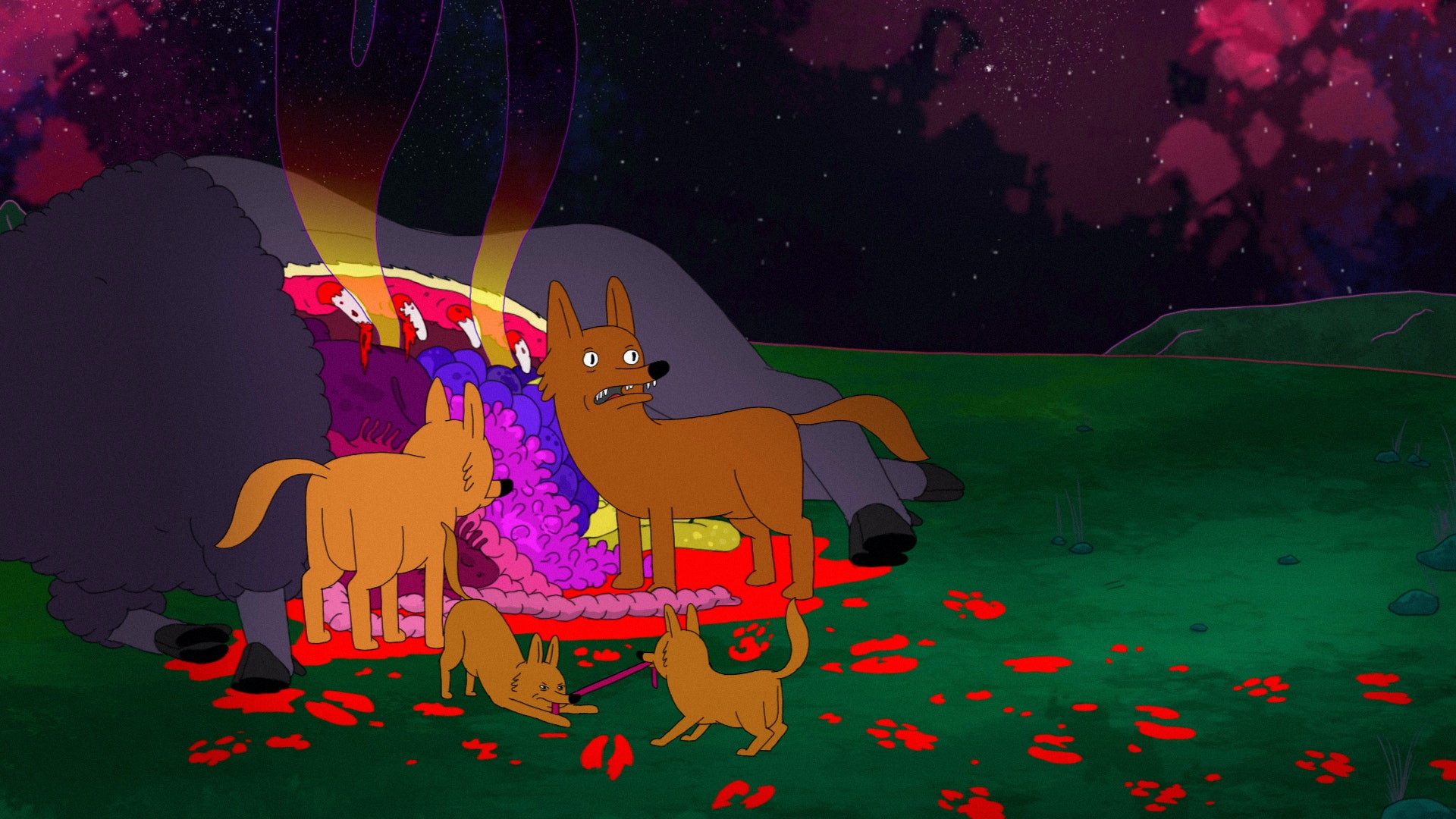 “I was certain that the ‘fictional violence thing’ felt like a controversy in Switzerland because 70% of the animation producers already didn’t like it. I had my doubts if this could be even financed through our cultural state funds and national tv station. However, I felt strongly about the film, how I wanted to look and feel, and that the violence was needed. I was sure if not in Switzerland, someone around this planet would love to see this final piece. Luckily, we had fans in our cultural state funds and national TV station.”

On developing the animation style:

“It took me some time to develop an animation style that was fun and fast enough to animate. I like the exaggerated movements of my characters mixed up with surrealistic, feverish moods.” 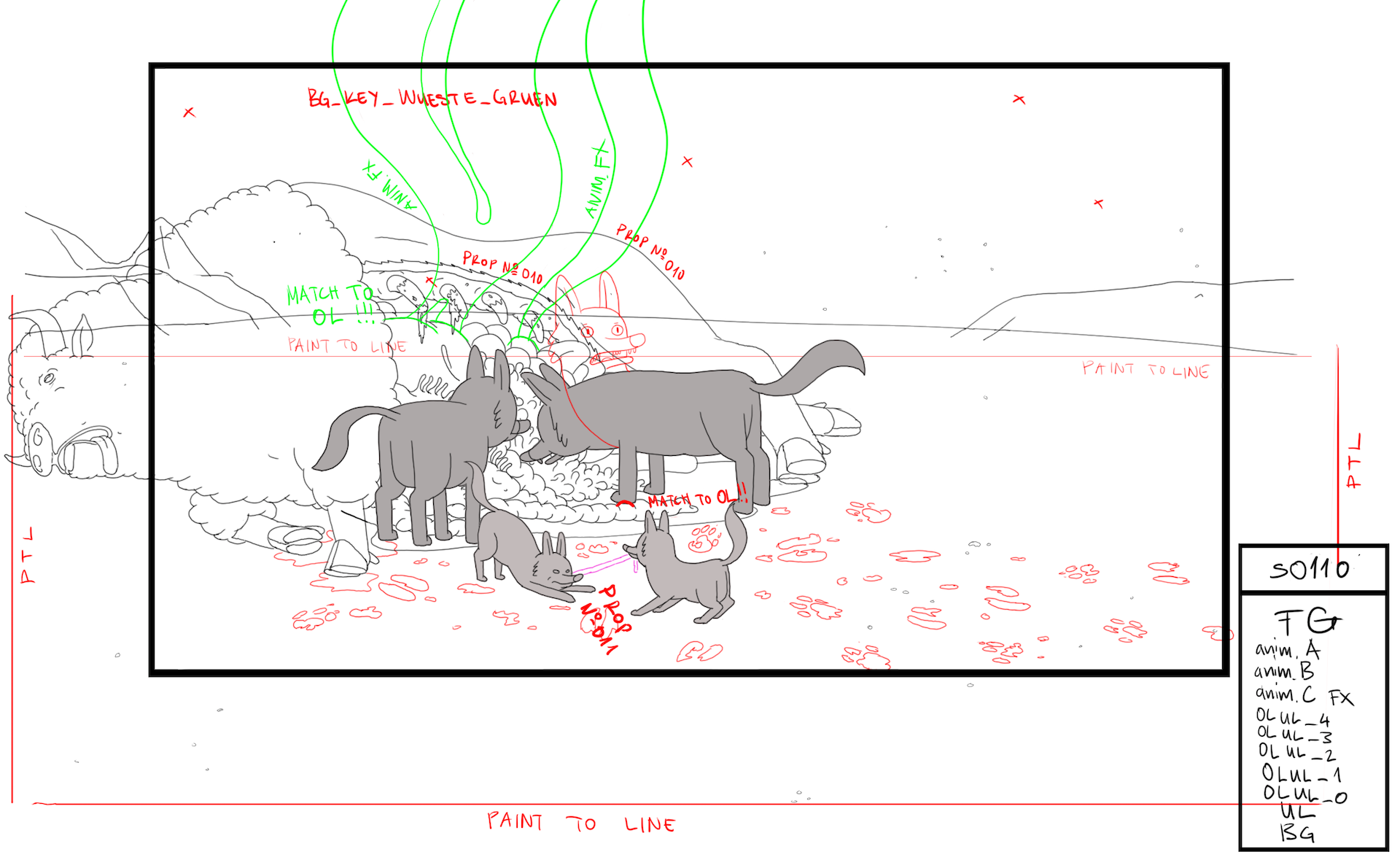 “Take your time to develop an idea for a project. If you have the idea, let it marinate for a while in your head. Check again later on the idea and when it tastes ready, cook it up and serve it to your friends. Fast food is not always good.”

“I’m developing a new animated series called ‘Blood Mountain.’ It’s based on the style of the animation and the storytelling of ‘Coyote,’ but is a very different story. It’s about a mystic mountain and a village with a chief that fights against a blood god and a commodity group. I’m hoping to find a fitting TV producer that is interested in working with us.” 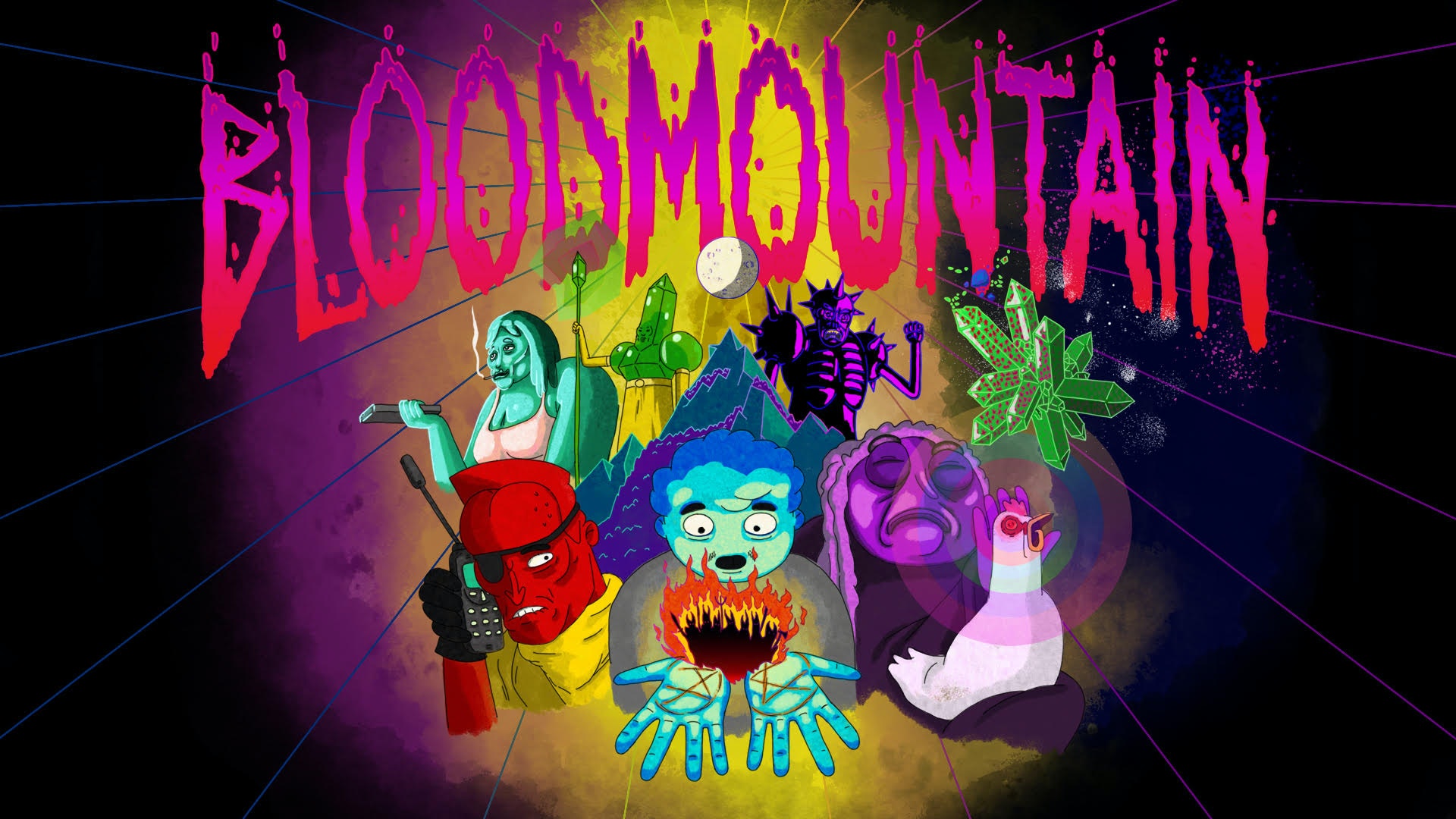 Stop-motion animation and skiing collide in this week's Staff Pick Premiere, a playful ode to the do-it-yourself origins of skiing and its close relationship to nature.

Brace yourself for 20 minutes of headless humor from Oscar-nominated trio Job, Joris & Marieke.