Skip to content
Login Join
Manage videos New video
Back To Menu
Inspiration
Vimeo Video School
Video for Business
Product News
Vimeo HQ
Copied!
In this week’s Staff Pick Premiere, “Honour,” from Swiss animation director Frederic Siegel, humans introduce a primitive extraterrestrial race to the alien concept of vengeance. Animated solely in shades of orange, the film explores the nuances and missteps of morality while pushing the boundaries of Siegel’s signature style. Where “Ruben Leaves” — Siegel’s previous Staff Pick Premiere — used a color palette consisting only of green, blue and yellow, “Honour” takes it one step further, relying on silhouettes to give the illusion of depth and space in the absence of additional hues. The final result is an otherworldly look entirely appropriate for a sci-fi film, and even more impressive considering it came to life in TV Paint. To celebrate today’s exclusive online premiere, we spoke with director Frederic Siegel about his inspiration for the film. Read on for excerpts from our conversation. 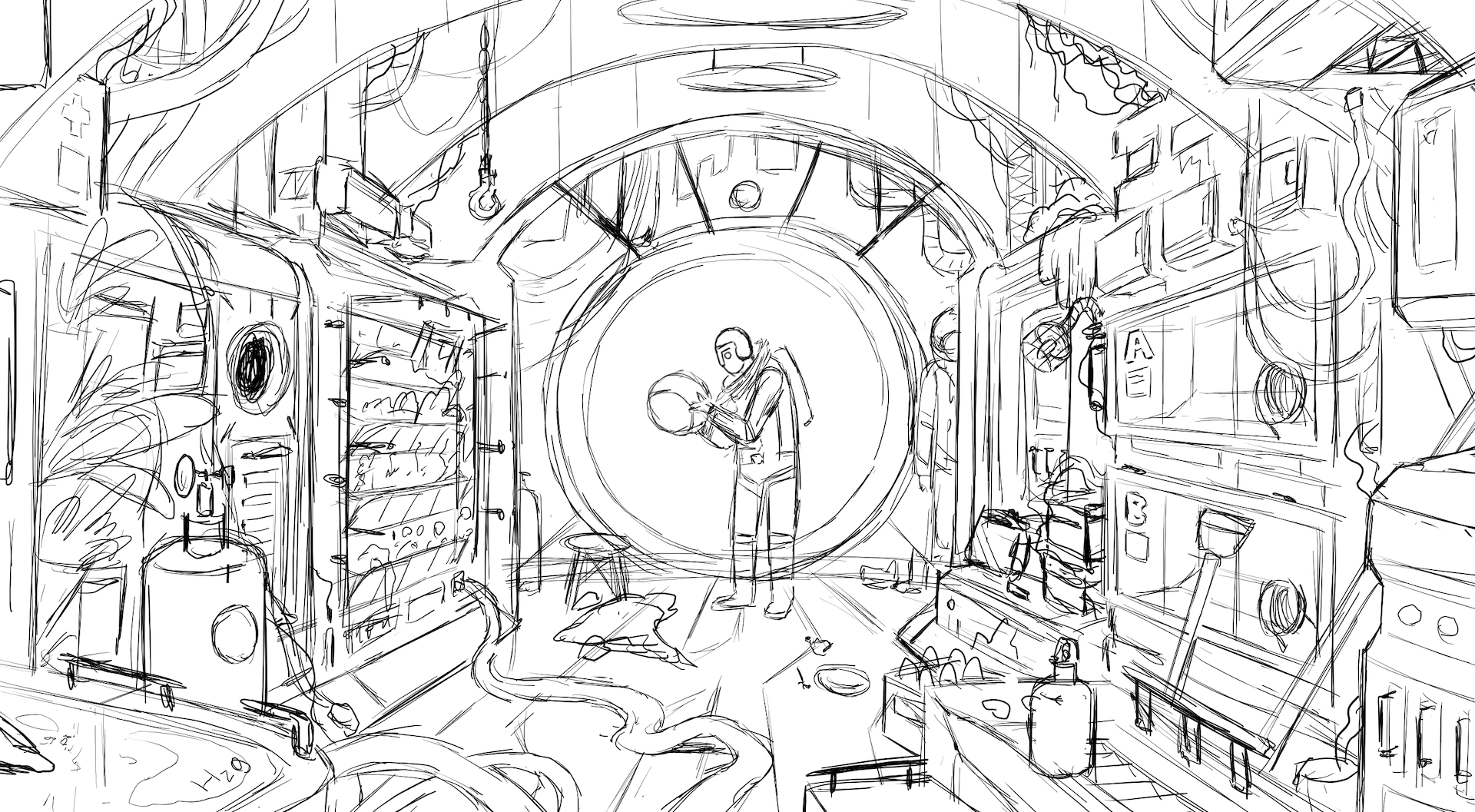 On the inspiration behind “Honour”:

“When I was looking for a new idea to make a film about, I turned to my sketchbook. I had been doodling a lot of humanoid, ghost-like creatures, and I started imagining a world around those characters. At the same time, I was also working out a story about revenge and protecting one’s honor. In working on this, I realized that revenge and honor are defining concepts of civilization, but they’re an abstract construct of the human mind. So in ‘Honour,’ I wanted to explore the absurdity and inevitability of those concepts from the viewpoint of an alien civilization.”

On his creative process:

“For this project, script and storyboard were pretty much nonexistent. After constructing the framework for the story in my head, I drew small thumbnails and assembled them into a very rough storyboard. I rearranged everything a few times, but then I just started animating from the beginning — adding, removing, and reworking shots as I went along. The whole production and story development felt really organic. Sometimes I even fell into a kind of animation-frenzy, animating for hours and not knowing where I would end up.”

On the all-orange color palette:

“Designing a film entirely in one color was intriguing to me because I had never seen something like that before. The limited palette and silhouette design made the animation process easier and allowed me to work pretty fast. It was actually like working in black and white. I only had to concentrate on contrast and staging, not hues or tonality since the colors stay the same over the whole film.”

“For the music, I approached Skillbard — two awesome sound designers and musicians based in London. I gave them a short sound script, along with a brief about what the world should feel like. They used that to come up with a fitting score and soundscape.”

“Pursue your ideas at any cost and stay true to yourself. Don’t implement advice into your routine or your films if it doesn’t resonate. Every human and every creative mind works in a different way. If you think your idea is good, just do it — even if it goes against the rules of animation or filmmaking.”

“I just finished working on another short film called ‘The Lonely Orbit,’ which I co-directed with Beni Morard; it was produced by Marwan Eissa of our collective, Team Tumult Collective. The film launched in the international festival circuit, with screenings at Anima Mundi, Guanajuato International Film Festival, and Anibar Festival. Other than that, I’m pretty creatively drained at the moment. I will take my time before I start working on another project again, probably until 2020 when I start a four-month artist residency in New York.”

Joe Cappa's "Ghost dogs" is a Staff Pick Premiere! These ghosts are part dog, part human, but fully dead. You've never seen anything like this.