To say “in a nutshell” is to use the fewest possible words. It’s a saying typically used in order to be concise, direct, and/or hyperbolic. However, things are always more complicated than just a few words. Luckily for filmmaker and animator Fabio Friedli, pictures are worth a thousand of them.

In this week’s Staff Pick Premiere, “In A Nutshell,” Friedli uses 3,000 pictures in a montage that distills the story of human existence in just under five minutes and delivers a profound and moving thesis on this thing we call life.

In the 1920s, Russian cinema genius Sergei Eisenstein pioneered the use of montage in film. According to Eisenstein, “narrative always proceeds with an eye towards rhythm.” By juxtaposing images one after another in rhythmic, ideological montage one could “express abstract ideas by creating relationships between opposing visual intellectual concepts.”

This theory is the crux of Friedli’s film. To capture existence, he first pared down global themes and subjects into recognizable objects. It was deeply important to him that each object reflect something beyond the literal. The first image in the film is that of a seed, which can be seen as the seed of an idea and also, of life. From there, Friedli takes us into “the birth of human consciousness, leading to the discovery of mathematics, languages, architecture and art.”

The more nuanced subjects of industrialization, war, and technology required careful planning, precise props and extreme ingenuity. For example, to represent World War II, Friedli recreated a life-size atomic bomb piece by piece. The scale of it was so large that the animators needed to move to an entirely new studio just to animate that segment.

To complete the montage as Eisenstein described it, Friedli’s images needed rhythm to find the narrative. Using hyper-fast stop-motion and ingenious digital compositing, he paced the film so ridiculously high that it forces one to read in between the lines or rather see in between the frames.

“It is such an excessive amount of things, shown in such a short time, you are never able to perceive everything,” Fabio Friedli says. “I like to believe it’s one’s subconscious that chooses what you see, hear and feel, depending on what is occupying your head and heart at the moment. No one has the same first ‘In A Nutshell’ experience.”

This layered narrative works on many different visual levels, enhanced by a dynamic score and sound design by Friedli himself under his musical pseudonym Pablo Nouvelle. “What I love about sound design is how it gives you the possibility to draw a meta level that is not necessarily obvious… prolong a frame only for a tiny moment and you’ve changed the focus, made a point or landed a little joke.” 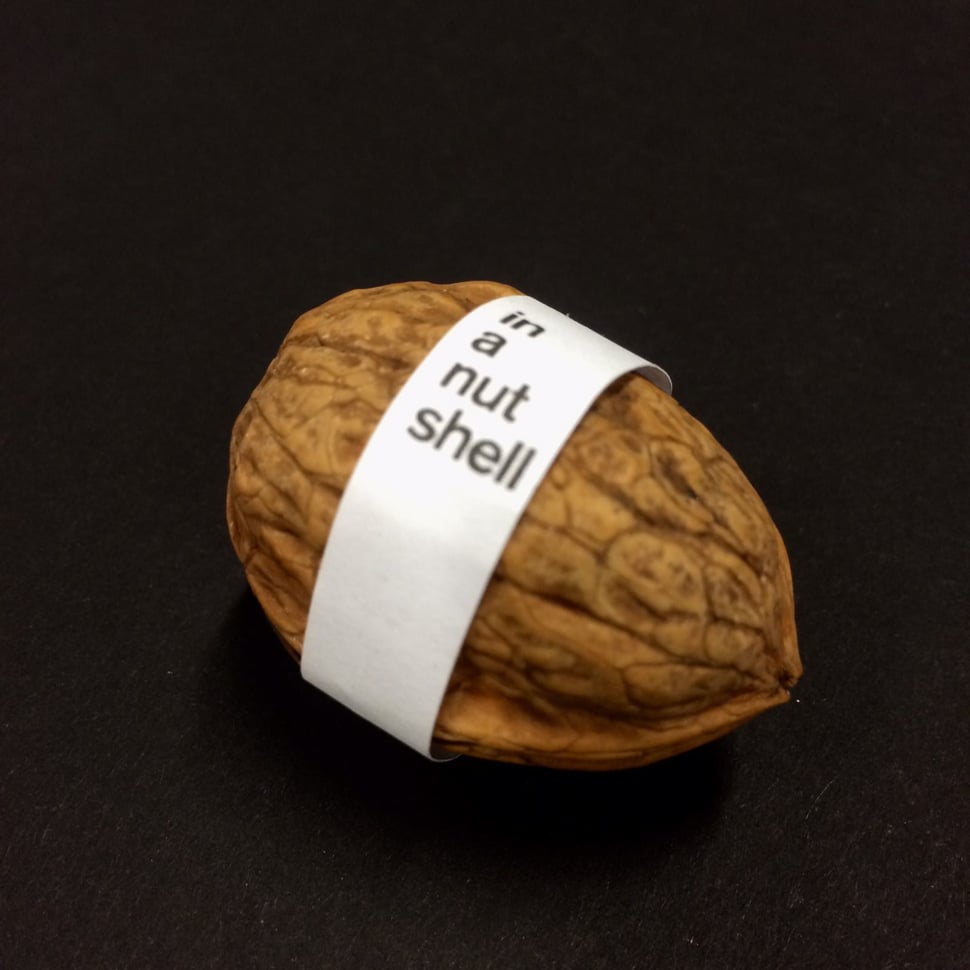 Strangely enough, this film didn’t originate with such grandiose ambitions, but as a trailer for the International Film Festival of Winterthur. However, it was through the development of that piece, that Friedli was struck with inspiration. However, unlike the trailer, which served a specific purpose, he wanted the short to be open-ended.

For example, the film’s cycle ends with a microchip (i.e. nutshell), a small piece of technology large enough to store incredible amounts of information. One could infer different possibilities of where technology might take us if the film were to continue, but instead, in the post credit scene, Friedli starts the cycle of life again with the seed transforming again. The real thesis of the film is that, no matter what, “life keeps going in cycles.”