The film, which takes place in a remote Norwegian fishing village near the arctic circle, follows Walid who recently fled Syria and is desperately trying to get his family into the EU. Thousands of miles away, Walid’s only tools for fighting for his family’s safety have been reduced to his mobile phone. As the stakes rise with each call, the film strikes an interesting tone through the drama’s backdrop. The isolating setting that Walid is surrounded by is tranquil. It’s the polar opposite of the world that he is calling into.

In honor of today’s premiere, we reached out to director Truls Krane Meby to learn more about his process. Here’s what he had to say.

On finding inspiration at home:

“The film is based on a true story from my home town Svolvær in arctic Norway. The first spark came when I heard about a young Syrian refugee who helped his fleeing family with his mobile phone. I immediately thought that the story had the potential to become a film that could encapsulate many different elements of the refugee experience in a direct and human way. I got in contact with the Syrian refugee, talked extensively with him about his experience, and he gave me his blessing to dramatize his story.” 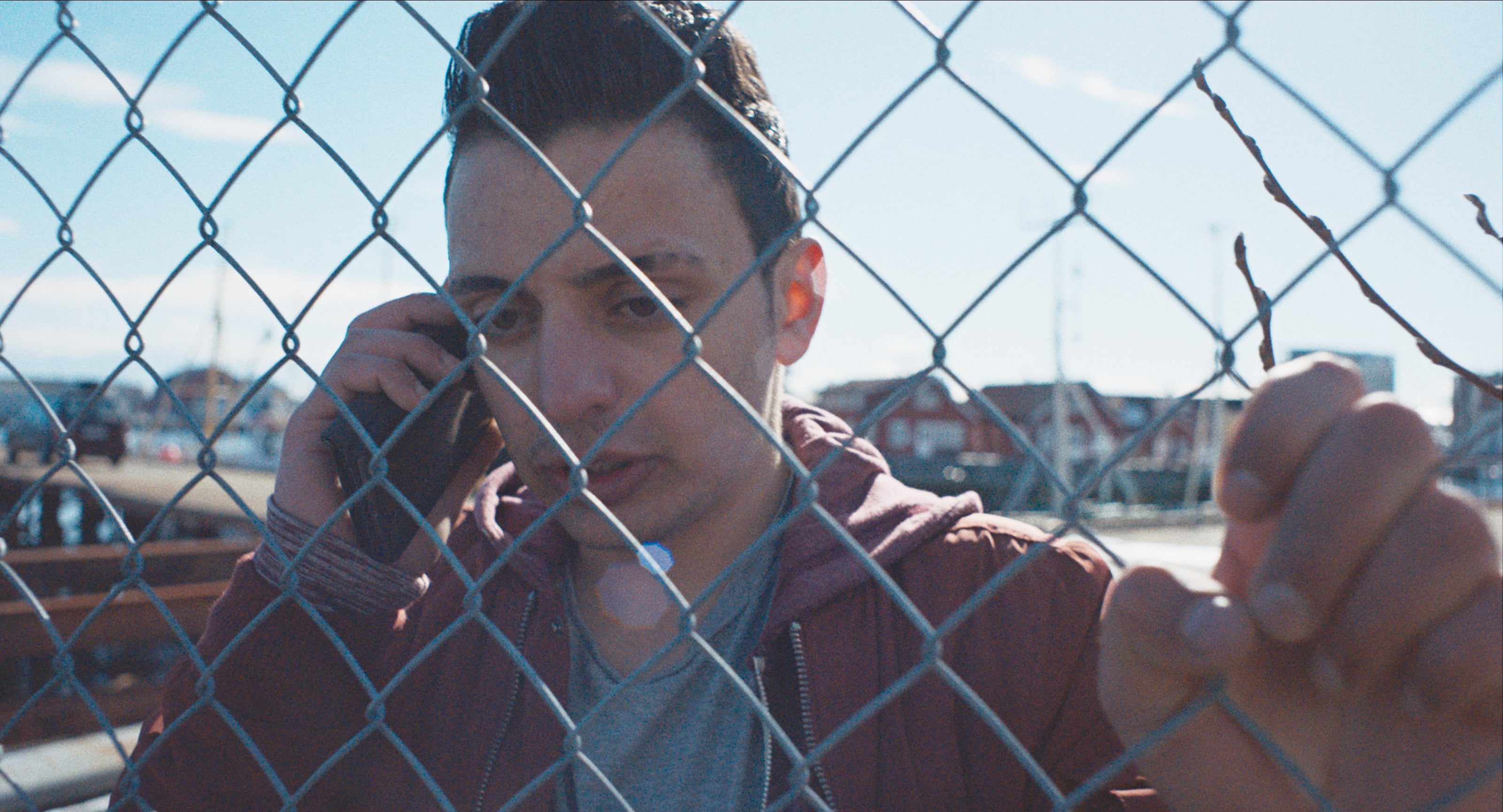 On making a film about a timely subject:

“The mobile phone aspect of “Mobile” interested me, as I’ve dealt with people’s relationship with technology in my previous films. I thought it could become an emotional film about our current time. In fact, the story was so contemporary that by the time we’d shot it, it was already placed in the past. The specific route that the family travels in the film had already been closed.”

On relying on your cast for help:

“The biggest challenge was getting under the skin of an experience that was so far removed from my own as well as making a film in a language that I didn’t speak. I did my best to try to understand the story through all my wonderful Syrian collaborators on the film that shared their experiences with me.” On the importance of rehearsals:

“Jawad never acted before, but had an immense presence in front of the camera. To get to know each other and to prepare, we workshopped the film together during the week before shooting and we ended up making the whole film. I edited it before for the proper shoot, so not only did it serve as preparation for me and Jawad but it also really came in handy when it came to prepare the shots.”

On making the films that only you can make:

“Nourish your voice. A film that can only be made by you is more valuable than any expensive equipment and don’t ever think that you need permission to create. In a week I’ll be finishing the last round of shooting on my first feature,”Dyr & Dyr” (“Animals & Animals”, which is still a working title). It’s another project that examines our digitally interconnected lives.”

Ian Durkin is a filmmaker and lead curator at Vimeo.

A former cult member is invited to a journalistic experiment: to hear music for the first time. You won’t believe her reaction.

As a seven-time Staff Picked director, Salomon has developed a one-of-a-kind creative voice. Our friends at Musicbed talked with him about how he gets "unstuck" when tackling creative work.

Why Crown Royal is telling a story of Jazz, love, and tradition

In this Q&A we talk to the human behind Diageo/Crown Royal's partnership with a production studio to tell an incredible story that focuses on music and generosity.