We’ve all dreamt about hitting the jackpot, but how far would you go to cash in on a million-dollar pipe dream? Co-writers and co-directors Celine Held and Logan George explore the depths of this question in their tremendously dark and comedic short “Mouse,” this week’s Staff Pick Premiere.

Set in a sweaty, jaundiced, and claustrophobic apartment, a pair of desperate addicts find a dead mouse, factory-sealed in a can of beans. Having already hit rock bottom with nothing to lose, Vanessa and her boyfriend Danny are desperate to capitalize on their “golden ticket,” and what follows is an eleven-minute descent into madness as one manic decision leads to another.

Inspired by true stories of people finding unwelcome animals in their food (we’ll let you do that google search), the recently married filmmaking duo thought: “this would be so easy to fake, but how would you prove it if it was real?” With this as the genesis for the film, Held and George developed the unforgettable characters that drive the film to its explosive finale. “For us, it’s about building people from the ground up and placing them in a situation, not the other way around,” the filmmakers recall. “We wrote their thoughts and decisions as logically as possible because the situation is ridiculous enough without playing into the comedy of it.”

Physical, intense, and highly emotional, “Mouse,” which premiered at SXSW, is anchored by two of the most dynamic performances we’ve seen this year. Played by Vanessa Wasche and co-director George, our frenzied protagonists shift from moment to moment between an array of feverish and exhilarating states. As if on a roller coaster that has quickly come off the rails, this opportunistic twosome is forced to confront the despair and widening cracks in their relationship. What results is a brilliant display of comedic, gag-inducing drama. 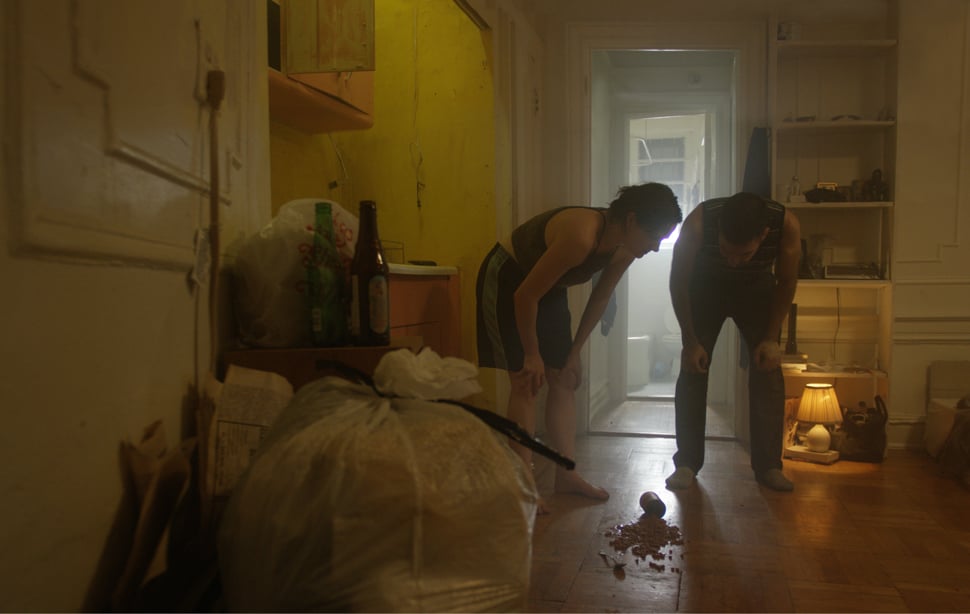 Co-directors Held and George are currently working on their feature-length debut Little, which we cannot wait to see. They claim they’d eat a mouse to fund it … but we sincerely hope it doesn’t come to that.

(FYI no mice were harmed in the making of this film but your appetite might take a hit.)