Skip to content
Login Join
Manage videos New video
Back To Menu
Inspiration
Vimeo Video School
Video for Business
Product News
Vimeo HQ
Copied!
This week’s Staff Pick Premiere “Travelogue Tel Aviv” approaches the travel genre in a particularly unique way. Using fragments of memories and literal scraps of paper from a semester abroad in Tel Aviv, Israel, Swiss animator Samuel Patthey reconstructs and analyzes his time there. At just under 6 minutes, the short film manages to capture the dichotomy of Tel Aviv and what makes living there both anxiety inducing and exciting. Told with a scrapbook style, Patthey juxtaposes drawings of the secular and orthodox. Traditional religious architecture bumps up against the city’s raucous nightlife. The sounds of air raid sirens blend into EDM before transforming into random city sounds. Each sketch is just that – a descriptive, but gestural outline of what Patthey observed in Israel. Like the city itself, each page from his notebook contains a multitude of personalities including scholars, soldiers, chefs, and everything in between. Whether depicting homeless people rummaging through trash or Rabbi’s debating the Torah, the film’s strength lies in its withholding of judgement. Patthey used 47 different vignettes from his sketchbook to illustrate his experience, and calls the travelogue an exercise in understanding the city. In the end, we not only understand the beauty of the city’s quiet streets, amazing clubs, and people, but also how the fear of fighting, identity and tradition make Tel Aviv Tel Aviv. Ahead of the short film premiere, we reached out to director Samuel Patthey to hear his thoughts on the film and what the trip meant to him. Read on for excerpts from our conversation. “In my sophomore year of college, I decided to leave Switzerland to discover a totally new environment. I decided on Tel Aviv and within a few hours of walking on the streets I was already amazed by the weird mix of cultures and feelings. Therefore, to better understand the city, I decided to draw every corner of it. With sketching, I could take time to feel the place and really observe this unconventional place. At that time, I was searching for different visual ways to express myself. Because of being immersed alone in a foreign culture, I was able to produce a lot and develop many new drawing styles.”

On turning sketches into a film:

“When I came back after six months, I had to make my graduation movie at HSLU, Luzern in Switzerland. I thought that making a summary of my observations and my development would be an interesting topic for a short experimental animated movie. Accordingly, I placed different and pertinent observation drawings from Tel Aviv one after the other on a timeline to build up an unconventional storytelling. Because I didn’t plan the movie when I was in Israel, I hadn’t any sound recordings from Tel Aviv. I went back to Tel Aviv during the production to record the needed sounds.” 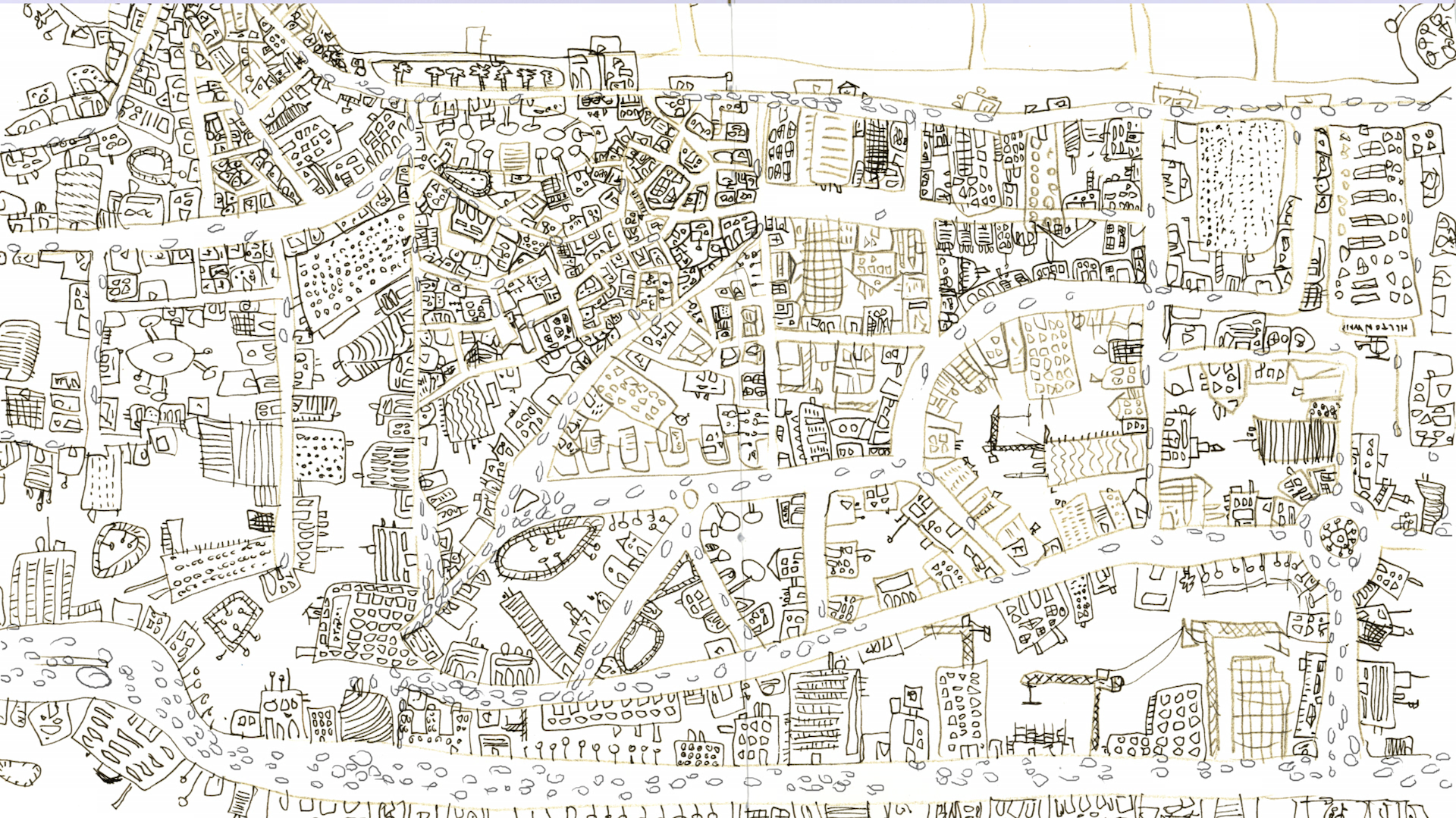 “The biggest challenge was to build a story that could work as a short film with the existing drawings of Tel Aviv. Without a strict storyboard I went very quickly to a rough animatic. Only with my feeling of the city and many drawings of it, I tried to work on the animatic. With this spontaneous and lively process, I could get to the rhythm, the atmosphere, and the sound of the movie before strictly settling the scenes. This process continued also while producing the animation in most of the scenes. I loved this working method, but it was the biggest challenge.”

On advice to young filmmakers:

“When you make your own movies: Be authentic Believe in your vision Try things out Have fun!!!!” 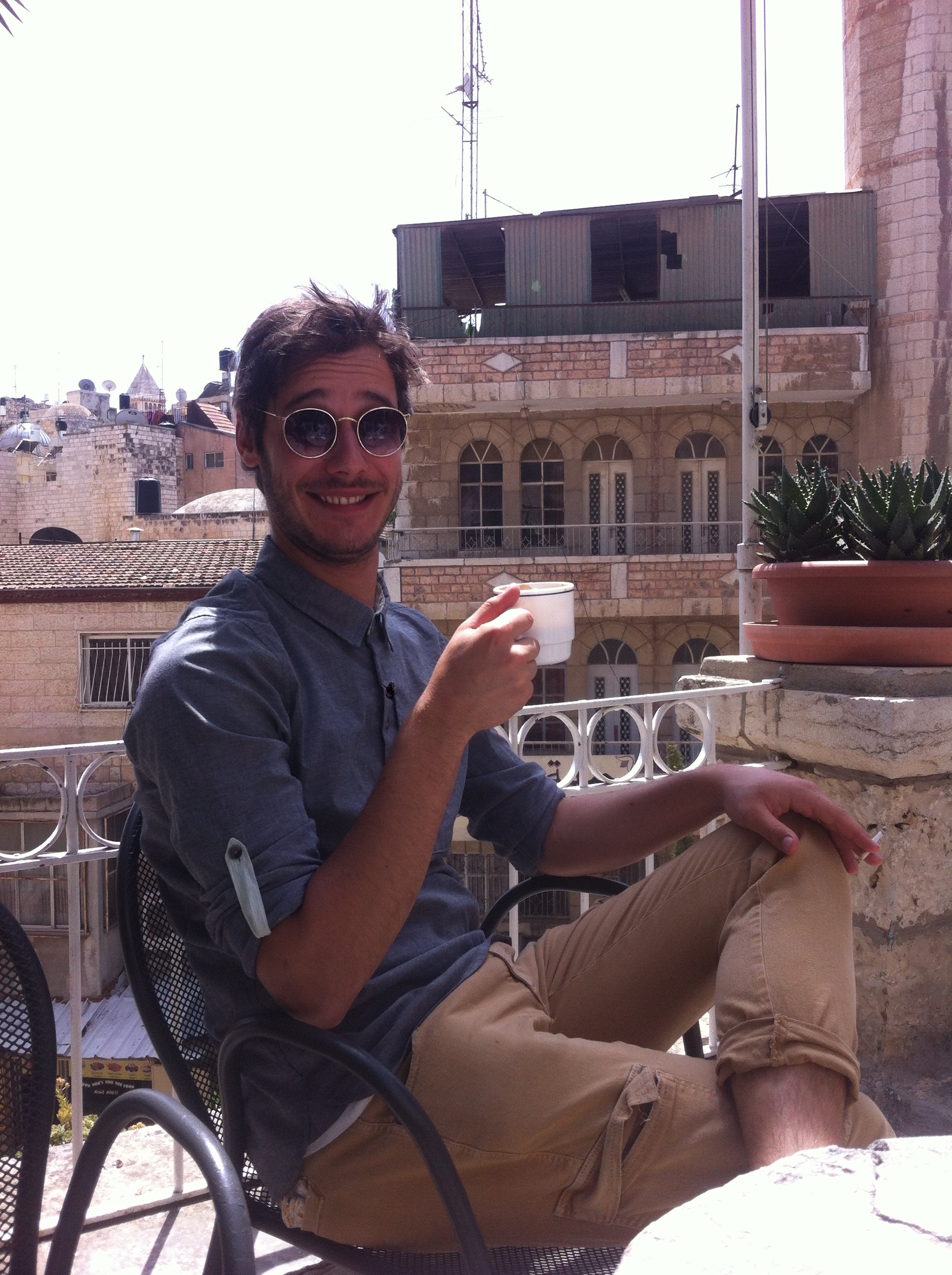 What was your favorite part about Tel Aviv?

“The sun!  You can drink a beer alone at lunch and voila, end up the next day at lunch still drinking expensive beers with a bunch of smiling people. Most of the inhabitants and especially the younger generation live in the present and don’t over think tomorrow. I love that mentality.”

What’s next? Any upcoming projects?

“I just finished the movie ‘Ecorce‘ with Silvain Monney. It is an immersion in a senior residency and its daily life. It is a contemplative and poetic animated documentary about how we get old, our time perception and dying. We hope that ‘Ecorce’ will premiere at the end of 2020.”