When Danielle Lurie got her real estate license, her goal was make enough money to funnel into her true passion—film. In 2005, Danielle’s short In The Morning premiered at the Sundance Film Festival, screened at the Tribeca Film Festival, and won nine film festivals including ‘Best Narrative Short’ at the Nashville Film Festival. In 2011, her short Intuition was selected as a Vimeo Staff Pick. At the time, she chose to keep her dual careers as a filmmaker and rising star in New York City’s real estate industry completely separate. But three years ago, after joining Compass and forming her all-women, eponymous team, Danielle began shooting short drone videos to promote her listings and popular neighborhoods. Allowing her experiences as a filmmaker and an agent to inform each other has led to unexpected success. “When you work in real estate, you tell a love story about the city that you live in, and a story about the notion of home in general,” Danielle explains. “I’m really excited to bring renegade filmmaking to real estate.”

The Danielle Lurie Team comprises five talented female agents and one ad-hoc member—an intern and self-taught drone photographer, Morgan Pius, who Danielle credits as a true force to be reckoned with. “It’s very much in the independent film spirit that we make these videos,” Danielle says. “My team is made up of people from so many different walks of life. They have a ‘yes, and’ mentality, and they’ve all said that making movies is one of the things that brings us closest together.” The team kicked off their “We Live Here Too” series last year, focusing on different neighborhoods where each member lives. (They’ve dropped videos for Long Island City and Greenpoint, with the Upper West Side and Carroll Gardens soon to come.)

We sat down with Danielle to learn more about the highs and lows of shooting with a drone in New York City, and the many similarities between real estate and the independent film world. Read on for excerpts from our conversation. 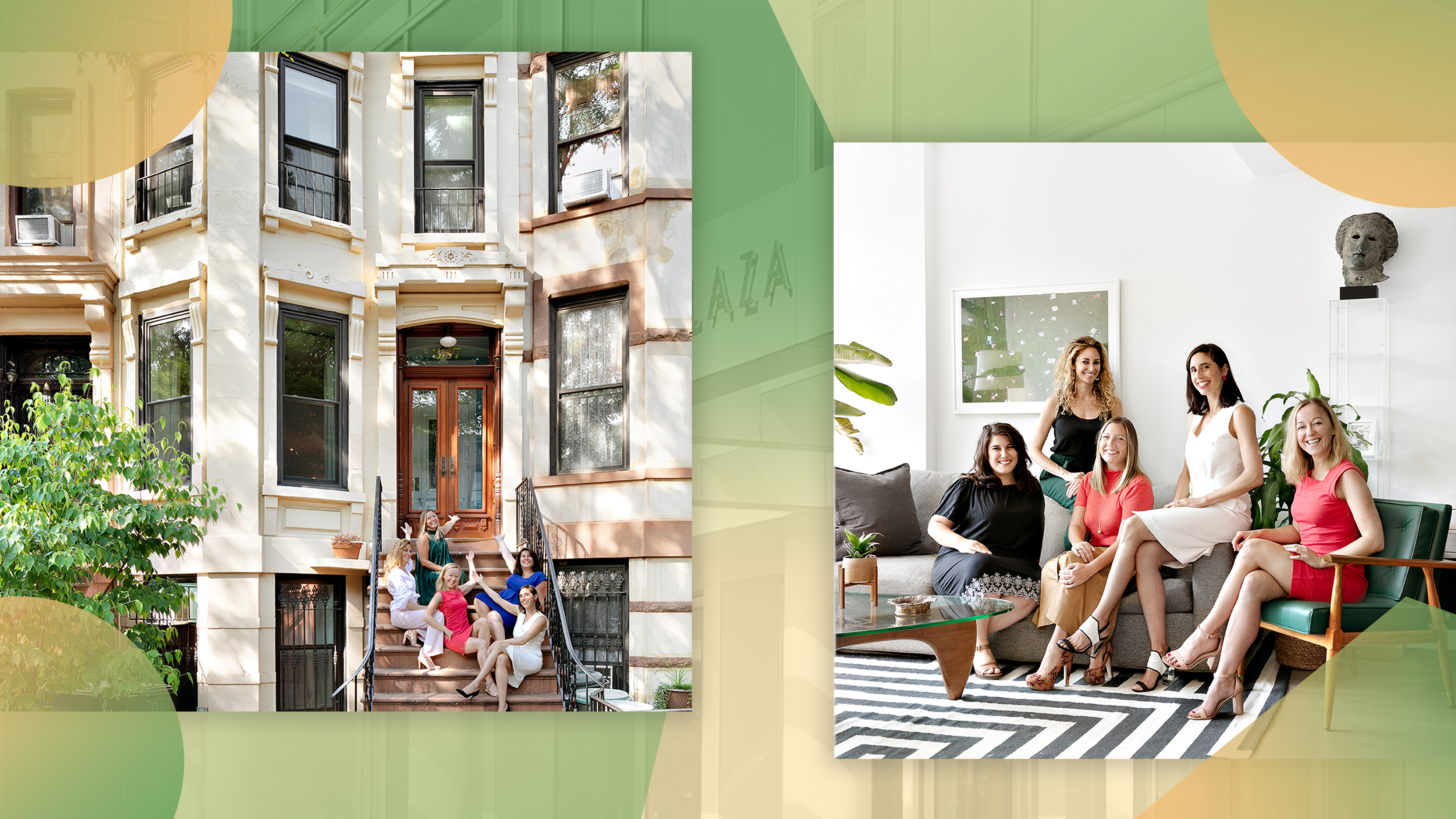 What’s unique about the Danielle Lurie Team’s approach to video?

We want the real estate that we present to be more cinematic, and a natural progression from still photography is the moving image. When we make our videos, we’re going with the flow, we’re going with what’s possible, we’re pivoting, and we’re having fun. Real estate is a very social business, and requires thinking about many moving parts at the same time. That’s similar to independent filmmaking, where you have to be both a director and line producer on your shoot. Today, my clients are my directors, and I’m both their creative producer and line producer.

What led you to incorporate drone photography in your listings?

I discovered that our team’s wonderful intern, Morgan Pius, had a drone and was courageous. We decided to try doing things we’d never seen in real estate before. For our first video, “DLT Loves Greenpoint,” every member of our team stood in a different location that we loved, and the drone found each of us. It was shot in one take, and brings the viewer to a tiny coffee shop, a cool graffiti art wall, the ferry dock, and then up to a rooftop. We never asked for permission, and have not yet had to ask for forgiveness.

Everything is storytelling, including listing photography. We start our videos with an introduction to something small in a neighborhood. In the case of our “We Live Here Too: LIC” video, it was a literal intro with the LIC sign, and then the drone takes you on a journey of places that we like. That leads to a rooftop, where we can get a birds’ eye view of the full landscape. We want to show the beauty in the details of each neighborhood, and the tiny elements that make the neighborhood feel like home. Then we want to tie in the grandeur of living in New York. That’s what the drone does so well. We’re constantly in awe of what we discover in terms of the views and vantage points. 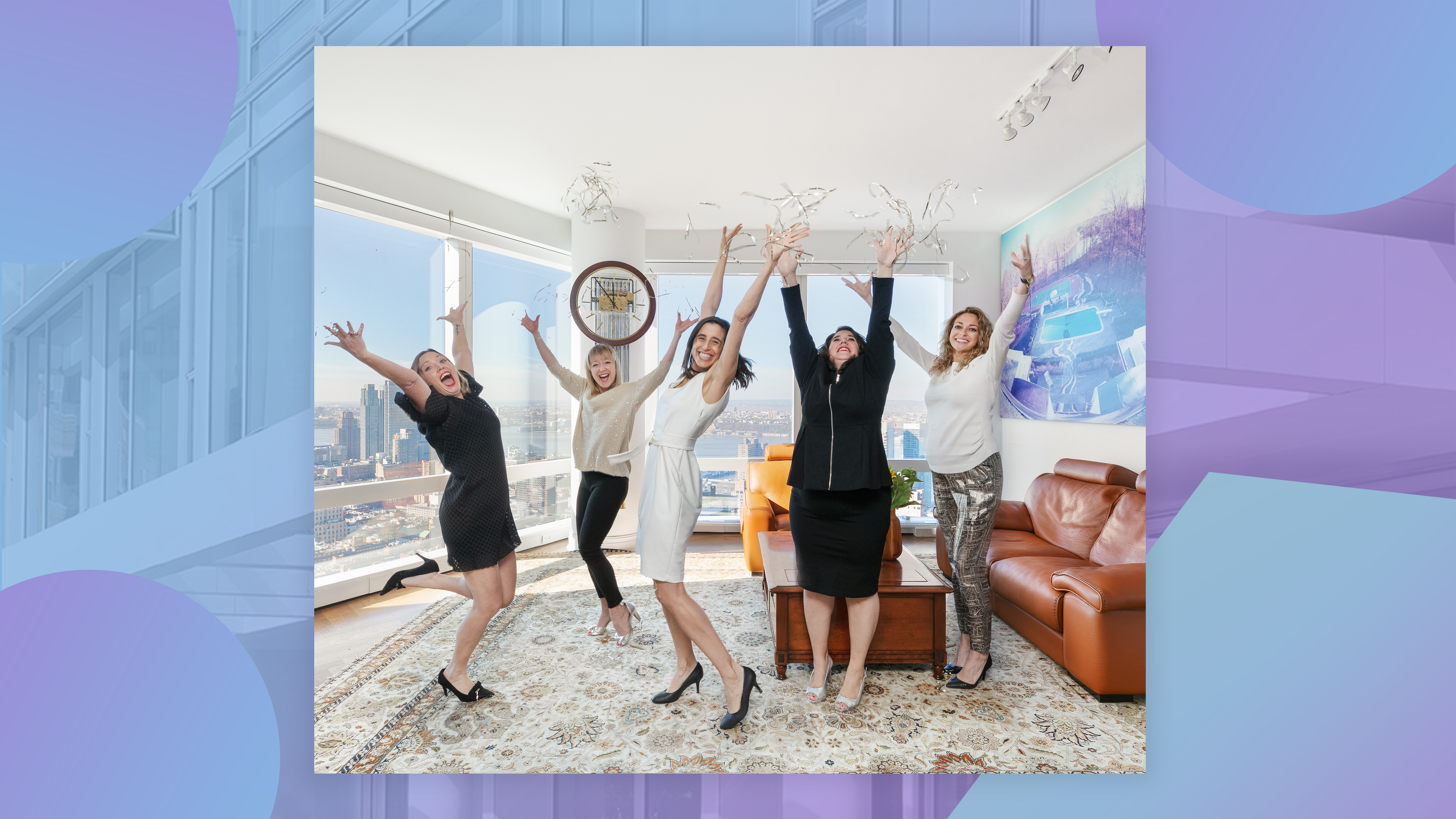 How has video helped the Danielle Lurie Team?

Our videos have opened doors. They remind people about who we are, what we do, and how passionate we are. I hope they convince clients to reach out to us first when they’re thinking about buying or selling. There was a listing we really wanted to get at 821A Union Street in Park Slope. The seller was speaking to us along with several other agents. I sent her our Greenpoint video, told her I came from the film world, and explained that we were going to market her property in a really creative way. After she gave us the listing, we created two drone videos for her, and ended up having a bidding war for her apartment during a quiet time in the market.

What goes into shooting a video for your “We Live Here Too” series?

We love this city, and we’ll go to great lengths to show that. Our shoots are proper film shoot days, with call times, wrap times, and craft services—in our purses! Our most recent video in this series highlights the Upper West Side, which is where I live. We filmed two of our agents, Zsuzsanna and Allison, biking towards us on the Hudson River Greenway. We lift up from there and fly across the highway until we get to Molly and Lindsay in Riverside Park. They’re walking towards us, so we incorporate movement with our photography as we get more confident with how the drone works. From Molly and Lindsay, we lift up again and find me on a rooftop, then lift to show the whole breadth of the Upper West Side. You can really place us as humans in the big ecosystem that surrounds us. That’s so thrilling to me as a filmmaker.

What are some challenges that come with drone photography in New York City?

We lost two drones in Williamsburg, which is why we don’t have a Williamsburg video yet. At one shoot, when the drone arrived at Domino Park, it hit a pole and fell into the river. We had a great shoot day, but lost it all, because we used to try to do these in one take. Now, after each shot, we take out the card and store it, so even if the drone gets lost, we’re protected. The next time we tried to do a neighborhood shoot in Williamsburg, it was a very windy day and we couldn’t find where the drone landed. We’ve had all sorts of issues, but it’s mainly weather that affects us. 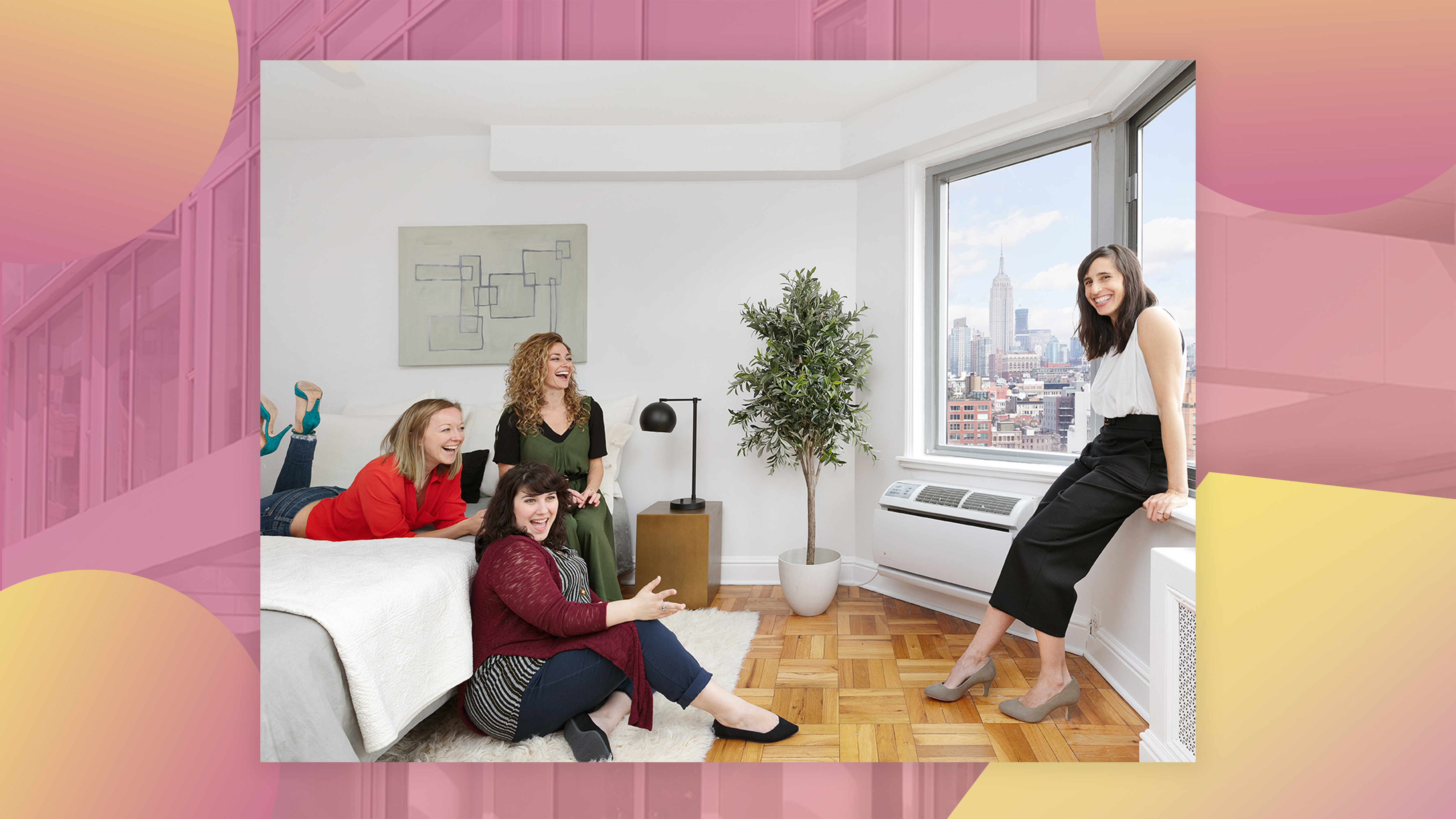 What’s next for the Danielle Lurie team?

We have a West Village listing coming to market in the spring, so we’re going to do something cool to showcase that. We also have a high-end listing at the Time Warner Center, and we’re struggling to figure out how to do a drone video for it because it’s close to Trump Tower. Stay tuned to see if we can figure that out! We currently have a plan to release a new drone video every other month.

Is video the future of real estate in New York City?

Absolutely. The Barack Blackburn team is a real estate team I look up to a lot. They have a beautiful Instagram account, and shoot some beautiful real estate drone photography. But how a film is made comes across in the final process. I’ve had other agents say they’re inspired by what we’re doing, and I think that’s wonderful. I would encourage people to be brave, to go past their comfort zones, and to tell stories about locations that matter to them in genuine ways. We’re taking risks every time, and there’s something really exciting about that. It makes the day so much more worthwhile when you push boundaries, and make something out of nothing just by showing up.

Looking to use video to grow your business?

Hire a pro l Make your own

A quick and easy video-maker for high-impact social videos

Sharon Steel is a writer living and working in New York City. She has written about books and culture for the New Yorker, the Boston Globe, The Millions, and other places. Her website is sharoncsteel.com

Up next in Video Marketing

This fried chicken pop-up is flying high above the competition

Whether it be academic, hobbies or other life skills, there are tons of avenues for creating online educational content that can be both fun and lucrative. Peep seven ways to make the most of your lesson plans.

How Speedy Romeo is using video to sell pizza

This New York City hotspot is known for their wood-fired pizza pies. The mouth-watering anthem video from their website shows prospective diners why.