Skip to content
Login Join
Manage videos New video
Back To Menu
Inspiration
Vimeo Video School
Video for Business
Product News
Vimeo HQ
Copied!
Directed by six-time Staff Pick recipient Ryan Maxey, “How to Make a Rainbow” is a tender documentary centered around a mother-daughter duo as they navigate gender identity, homelessness, and the struggles of daily life. The film — which had a successful run at Aspen Shortsfest and Outfest — follows a young girl named Alaizah and her mother, Jade, over the course of two years. During this time, Jade is transitioning and must confront the impact that has not only on her own reality, but also on her daughter’s. Told in an observational style, the documentary captures raw and beautiful moments of struggle and triumphs, communication and love. We spoke with director Ryan Maxey in honor of today’s online premiere. Read excerpts from our conversation below.

On how he met Jade:

“Jade has been a good friend of mine for over a decade. We lived together for years in an arts co-op in Los Angeles; throughout our friendship, she’s played a vital role in my creative growth. Eventually, we started collaborating on a number of video and music projects. She even gave me the nickname Maxey Fish and Sea, which inspired the name of my Vimeo channel, Maxey Fish.”

On the doc’s origins:

“Alaizah was four years old when Jade was going through her transition. During this time, she displayed an incredible amount of empathy and understanding. It was incredible to witness her curiosity and unwavering support — she seemed ageless to me. Eventually, Jade and I decided that their relationship would be a good focus for an observational doc, and they invited me to be a fly on the wall in their life.” 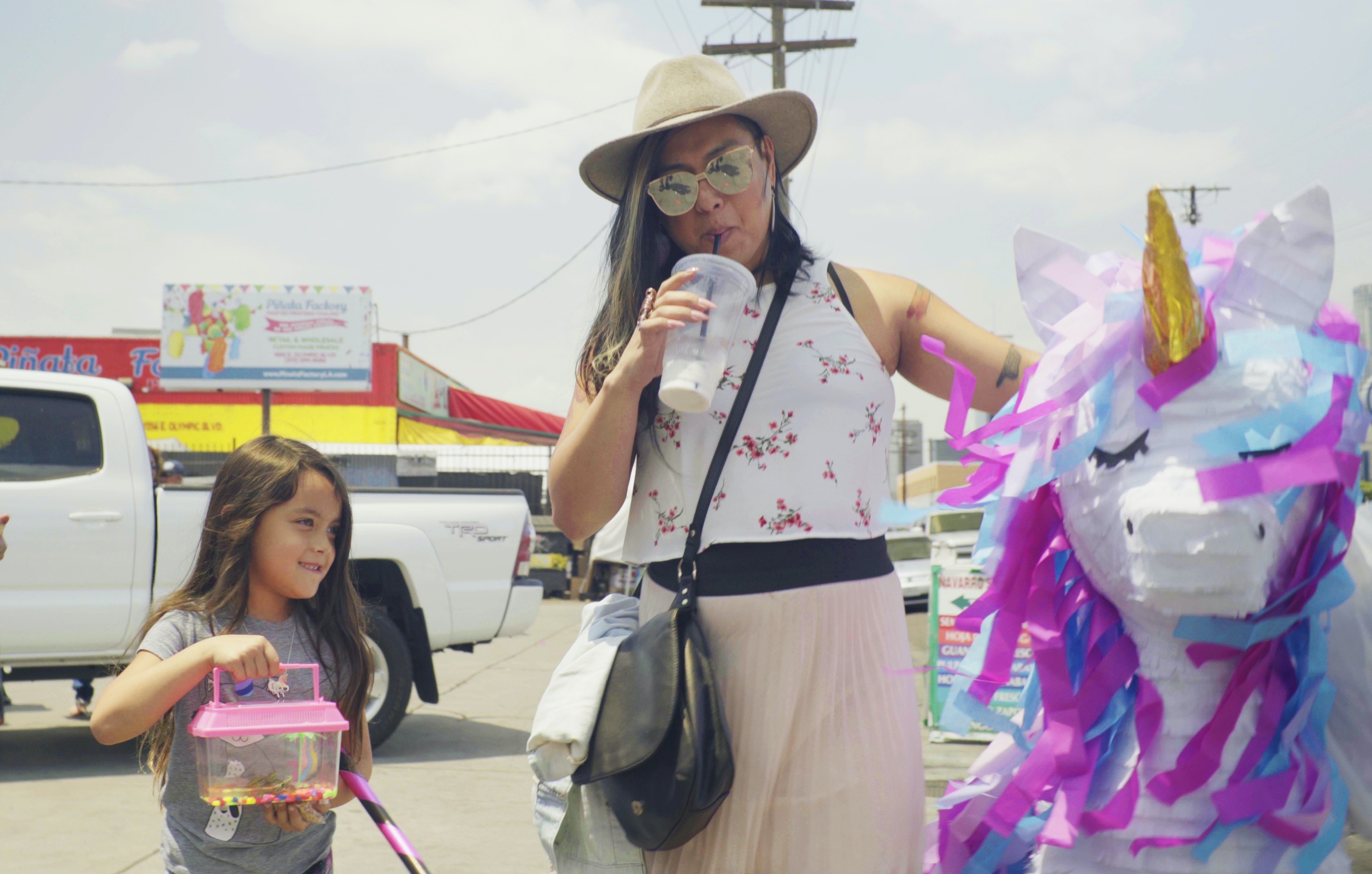 On understanding gender through the eyes of a child:

“While we were developing the film, I noticed the curious, sincere, and open-minded approach children bring to understanding gender. I wanted the story arc to belong to Alaizah; keeping her as our guide was key. Together with Alaizah, we grow and stumble, learn and unlearn, find compassion and connection. I think adults can learn a lot from children in that way.”

On finding an ending:

“In the second year of filming, it became clear to me that the main arc of the film was Alaizah changing how she referred to Jade. During the early years of her life, she called Jade ‘Papa,’ or she’d say, ‘My Papa is a girl.’ Eventually, Jade asked if she’d consider calling her ‘Mapa,’ and then ‘Ma.’ One day, I was filming Alaizah playing on the trampoline and she called out for Jade as ‘Ma.’ At that moment, I knew we had an ending.” On the challenges of making the film:

“My biggest challenge was grappling with whether I was the right person to tell this story. I’m cis male, and I think it’s vital that more trans stories are told by trans people. To this day, I continue to reflect on this. I remain in conversation with other trans and non-binary people in my life, as I did while I was making the film.”

“I spent the past winter living out of my small school bus in Quartzsite, AZ, an ephemeral desert metropolis centered around a gem and mineral show. It’s fascinated me for a number of years; I’m currently developing a doc on the peculiar subcultures, misfits, and senior citizens that coexist there during the winter.”

Joe Cappa's "Ghost dogs" is a Staff Pick Premiere! These ghosts are part dog, part human, but fully dead. You've never seen anything like this.

"The Kites" is a poignant story from the POV of a kid, situated on the war-torn border between Iran and Iraq.