Skip to content
Login Join
Manage videos New video
Back To Menu
Inspiration
Vimeo Video School
Video for Business
Product News
Vimeo HQ
Copied!
The Golden rule is a concept central to every functioning society, yet despite its acknowledged importance, it is so often neglected. Variations of the notion that you should “do unto others as you would have them do unto you” (Matt 7:12) date back to ancient Egypt and appear in almost every religious and ethical text since. So why do we find ourselves disobeying this rule on a daily basis? Is it that humans are programmed to intuitively disobey this guiding principle or do our everyday tasks too easily distract ourselves from what is really important in life? In today’s Staff Pick Premiere, director Nikita Diakur explores these questions through his allegorical film ‘Ugly.’ When watching a film as unique as ‘Ugly’, it is logical to wonder about the genesis of such a project. Ironically, for Diakur, it came from a place of having no ideas. After a year of searching for the perfect film concept, he was desperate for inspiration and took a literal approach by typing exactly what he was looking for into Google: “inspiration”. Web pages of inspirational quotes popped up and as Diakur traveled down this internet wormhole, he stumbled upon a video that told the story of an ugly cat that despite its appearance and mistreatment, always offered affection to others. Diakur admits that the inspirational message of the video “somehow got lost in the intensely sentimental narration, which I found quite interesting. It was not the perfect film idea, but it was enough to get started.” As Diakur started, he used this ugly cat’s story as a foundation to reveal the theme ugly versus beautiful with an idiosyncratic approach that has just as much to say narratively, as it does stylistically. 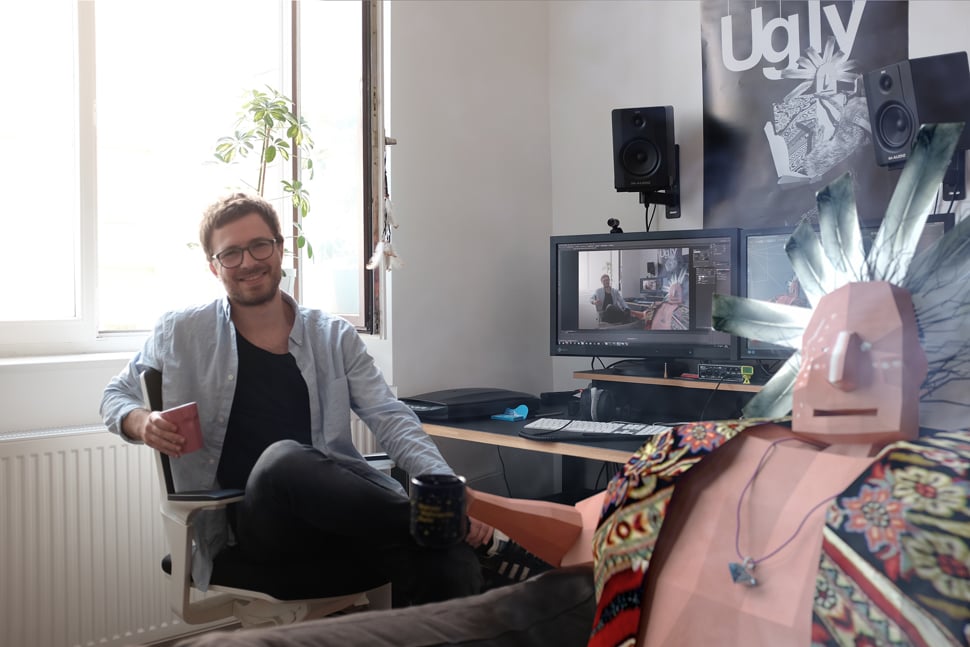 ‘Ugly’ is animated in a manner that feels wholey Diakur’s own. With movement that looks both realistic and broken and imagery that is at times polished only to later deconstruct, Diakur creates a world filled with contrasting dualities that mirror his central theme. To achieve this aesthetic, Diakur outsourced parts of the animation process to dynamic computer simulation. Meaning, Diakur created the scenes and the characters while leaving other aspects of the animation entirely up to a computer’s calculations. Diakur explains that “when you work towards a predictable outcome, it can quickly get boring. A possible escape is to keep the process as accidental as possible.” In doing so, Diakur’s style mimics his film’s central narrative and more broadly, everyday life: we as humans try to control our intentions and actions, but there will always be outside forces of chance that influence our choices. 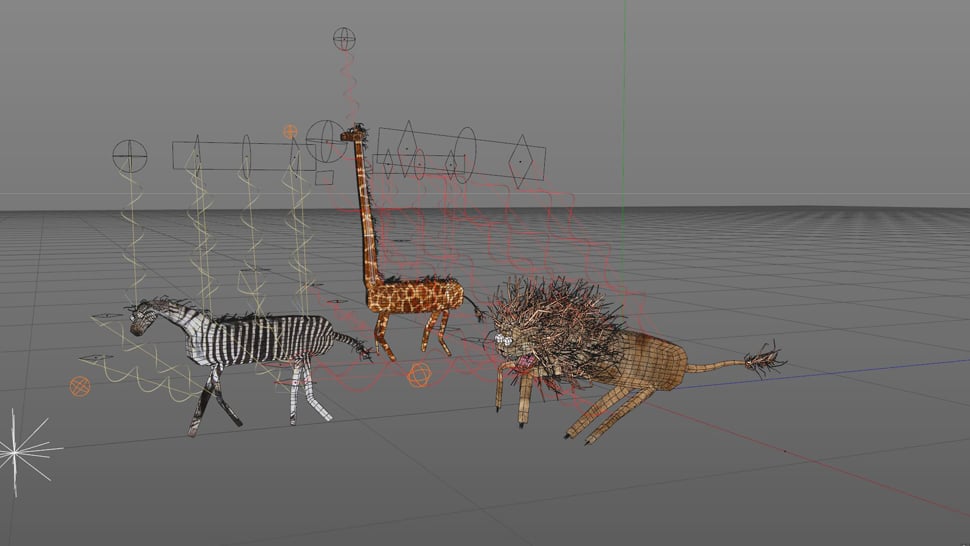 Through watching the senseless abuse that the ugly cat receives and the connection it forms with the film’s other protagonist, Redbear Easterman, it becomes clear how every living thing in our society is connected and the importance that even the smallest acts of compassion can have in maintaining balance. As Diakur puts it, “despite all human progress, our society is still far from being good and if we’re not careful, things will fall apart.” We can only hope that the message from ‘Ugly’ is far more memorable than that of its source material. Check out more of Vimeo’s Staff Pick Premieres here. If you’re interested in premiering your short film as a Staff Pick Premiere, please check out www.vimeo.com/submit for more information.

Ian Durkin is a filmmaker and former curator at Vimeo.