People are really into puzzles. Give them a challenge, tease them with a few clues, and they’ll stay put for hours. There’s the jigsaw, the crossword, the sudoku, and even puzzles for poor unsuspecting dogs who just want a treat. But what do you call a puzzle that requires one to consider the complexity of human behavior in order to solve it? This week’s Staff Pick Premiere, “Albatross Soup,” explores this question through incredible animation that details a group of friends trying to solve a verbal puzzle together.

Directed by Winnie Cheung, psychedelically illustrated by Fiona Smyth, and animated by Masa Nakamura, “Albatross Soup” is a wickedly entertaining film that begins with a man walking off of a boat and ends with that same man committing suicide. You may ask yourself, “Well, how did he get there?”

Press play for one of the most deliciously dark riddle-solving sessions you’ll ever hear, and read on to learn more about its creation from director Winnie Cheung.

How did this project come about and why did you decide to make an animation about this particular riddle?

A few years ago, one of my best friends came back from UCLA with this riddle he learned while interviewing for his PhD for Cognitive Neuroscience. It’s a branch in the psychology department that focuses on the biological processes behind cognition – meaning how exactly do our brains problem solve, learn and remember. I think this riddle reflects how each individual comes to a conclusion in their own unique approach.

He shared it with us when he got back from California. Here in NYC, the riddle spread quite quickly. You’d want to play this riddle with other friends as soon as you solved it yourself. It’s fun to guess but equally as fun to be the riddle. You get to see what’s going inside your friends’ minds. Some take a very analytical approach while others come up with rather absurd responses. That’s kind of the magic behind the riddle and the film. I knew that I had the right ingredients to make a fun animated film from both a narrative and technique perspective, but I didn’t really know what the process was going to be like. Like the riddle, I had to figure it out as I went along. 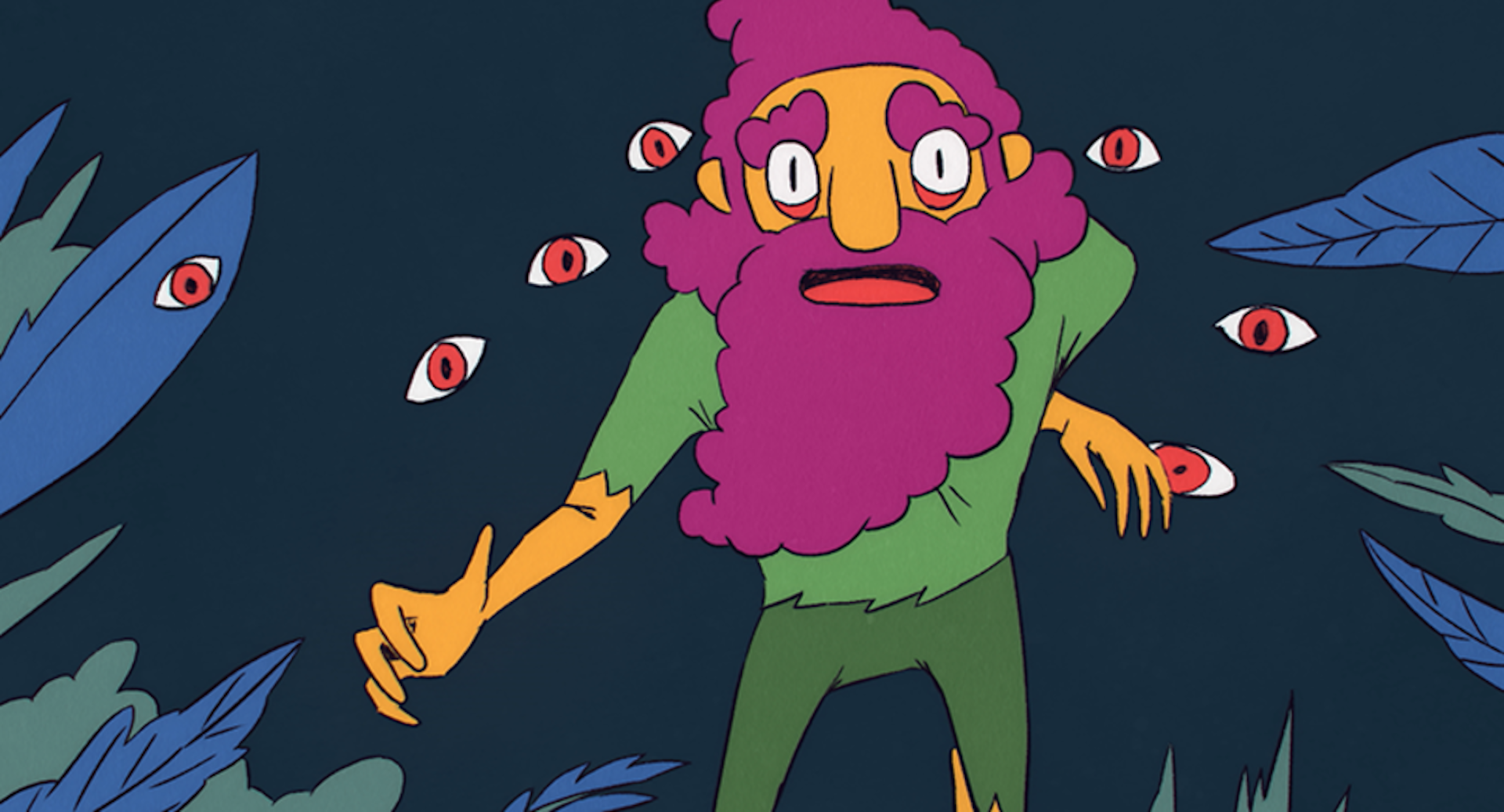 Who are the people trying to solve this riddle and how did you find them? How were the groups comprised? Was it you who was leading them through the problem solving process?

A lot of them were friends. Luckily, I’ve got a lot of funny ones. We recorded these riddle sessions in groups of 4-6 people. They end up not only bouncing off the riddle, but with each other as well. My husband (who is the composer and sound designer) and I lead these sessions together.

I also wanted more textures in the voices to fill out the rest of the film so I enlisted my friend Alex Young, who is now a podcast producer for The Daily at The NY Times to cast and record sessions with a more diverse group of people. She found a group of kids who had the best reactions. I love how the voices and personalities bump up against one another in the film.

How did Fiona Smyth come to illustrate this piece, and Masa Nakamura to animate it?

To be honest, there were so many people in illustration and animation who didn’t take me seriously and I don’t blame them. I had no prior work in animation to show before this film, but I had a locked script and lots of references already pulled. I found Fiona’s work online and later at my local graphic novel store.

Since I also edit, I put together a boardmatic with Fiona’s illustrations. Dan expanded the mood and tone even further with music and sound design. I pitched it to Masa, an art director whom I worked with previously at Cause +Effect. I was a big fan of his swirly aesthetic and begged him to come on board! Both Fiona and Masa took a huge chance on me. 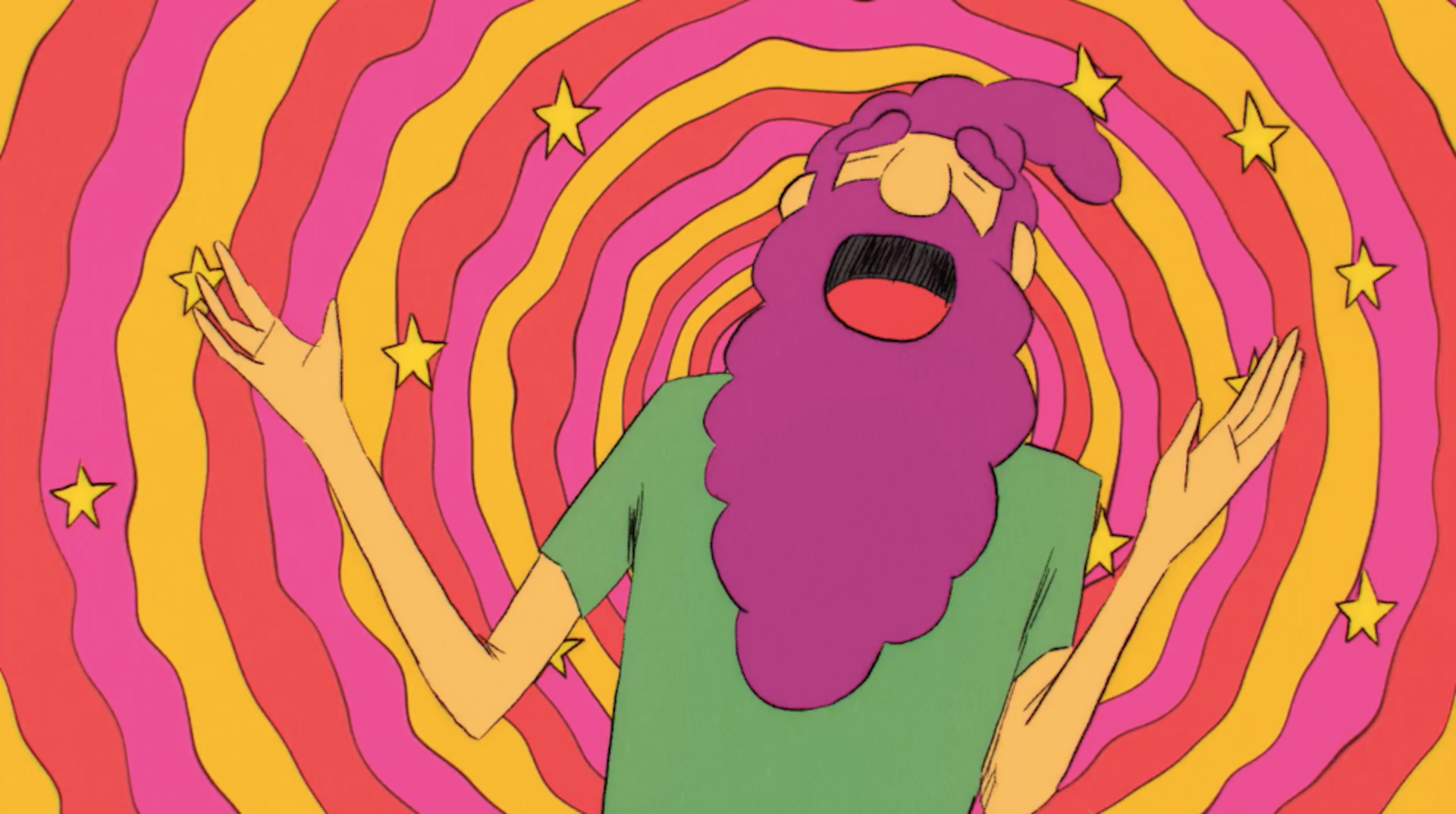 The aesthetic of this film is super colorful, trippy, psychedelic. What kind of art direction did you give Fiona and Masa, or did they have free reign to run wild with the look?

I was already a big fan of Fiona’s aesthetic. We had only a few rounds between us. I felt like she knew exactly what kind of look I was going for. The nature of the riddle was so morbid and dark that we needed something a little more whimsical for balance.

Masa really elevated the film with his signature dreamy swirly transitions. There were a lot of ideas that I had in mind, but there were also a lot of scenes where Masa came up with it himself. I think it’s rather important to establish the rules of the world and then give your collaborators free reign.

One of my favorite parts in the process was tweaking color with colorist Corey Ryan. We played around with it once everything was animated. Colors behave differently once they start moving against each other. It truly came to life after we adjusted the final color palette.

As the director of “Albatross Soup” but not the animator, can you describe your role in its creation?

Working with illustrators and animators is like working with production designers and actors. You need to find talent who share and are committed to a shared aesthetic, then trust the intuition that they bring to the table. I made sure that I collaborated with artists who were willing to experiment. Sometimes, I knew exactly what I wanted. Sometimes, I had no idea. I communicated as much I could and trusted that something new and wonderful would come out on the other side.

Process wise, I had a working document that was divided up into three columns. One column had the final audio transcribed, one column had a visual description of the action – essentially stage directions for our characters, and one column had some sort of sketch that was either drawn up by me or Fiona. Masa then synthesized all of this information and interpreted it his own way. He did a hell of a job!

“Albatross Soup” premiered at Fantasia International Film Festival and screened at Sundance 2019 – what has the reception to it been so far?

I’m so proud of how this film came about. I’m grateful for all the collaborators involved. Sundance certainly elevated the status of the short. As someone who did not go to school for film, I haven’t had a lot of institutionalized support. I didn’t even know where to go for that after college. More so than the attention, I’ve learned so much from all the festivals that I’ve attended.

In this follow-up to 2012's "This is Vanity," Michael is on the brink of a new start until his name returns to the news and his dream of anonymity crumbles.

With deadpan humor, Victoria Warmerdam's "Short Calf Muscle" asks if the entire world sees you as a gnome, are you a gnome?