Did you know there are more versions of CSI and NCIS than there are shows with a lesbian or queer female lead?

Christin Baker sought to change that when she started Tello Films, the first network dedicated to telling stories featuring lesbian and queer women. Powered by Vimeo OTT, Tello Films content is available to stream on any device, allowing subscribers to directly support the creators of the network’s original content.

Christin understands the power and impact that seeing yourself represented in films and shows can have. We had the opportunity to chat with her about the founding of Tello Films, how they’ve grown over the years, their four Emmy nominations this past year, and what the future holds.

Tell us a little bit about the history of Tello Films.

We started eleven years ago, when YouTube was becoming a thing and the cost of putting digital stuff up was super low. We were going to be the YouTube for lesbians and queer women because there wasn’t really any content geared towards that audience.

This was during that time when we thought no one was going to pay for content. Everything was free, free, free, and it was all ad-supported. Ads were super cheap so no one was making that much money.

We were a small team of just me and my plucky little web developer, Michael Vesper. We decided that we needed to get subscribers and set up a paywall; that was the only way we were going to be able to do this.

Why did you choose Vimeo OTT as the platform for your subscription and apps?

We launched a subscription from our site in 2009. We grew over the years, but because we had only focused on the web, we reached the maximum amount of subscribers we’d be able to sustain without having an app.

If you hire a developer to build an app, it’s freaking expensive. I got a quote [from a developer] for just an iOS app and the minimum was $17,000 — that didn’t even include all the updates and maintenance. The barrier to entry was very high for us even though we already had some subscribers, so we started looking into companies like Vimeo. My business partners and I did a ton of research.

Vimeo’s been around since the beginning, too. Early on, you differentiated how you were different from YouTube. There was also a comfort level around Vimeo being the industry standard for this.  You guys do a lot of the heavy lifting for us. We’re also excited to set it up as our first film for rental and purchase on Tello Films later this year. 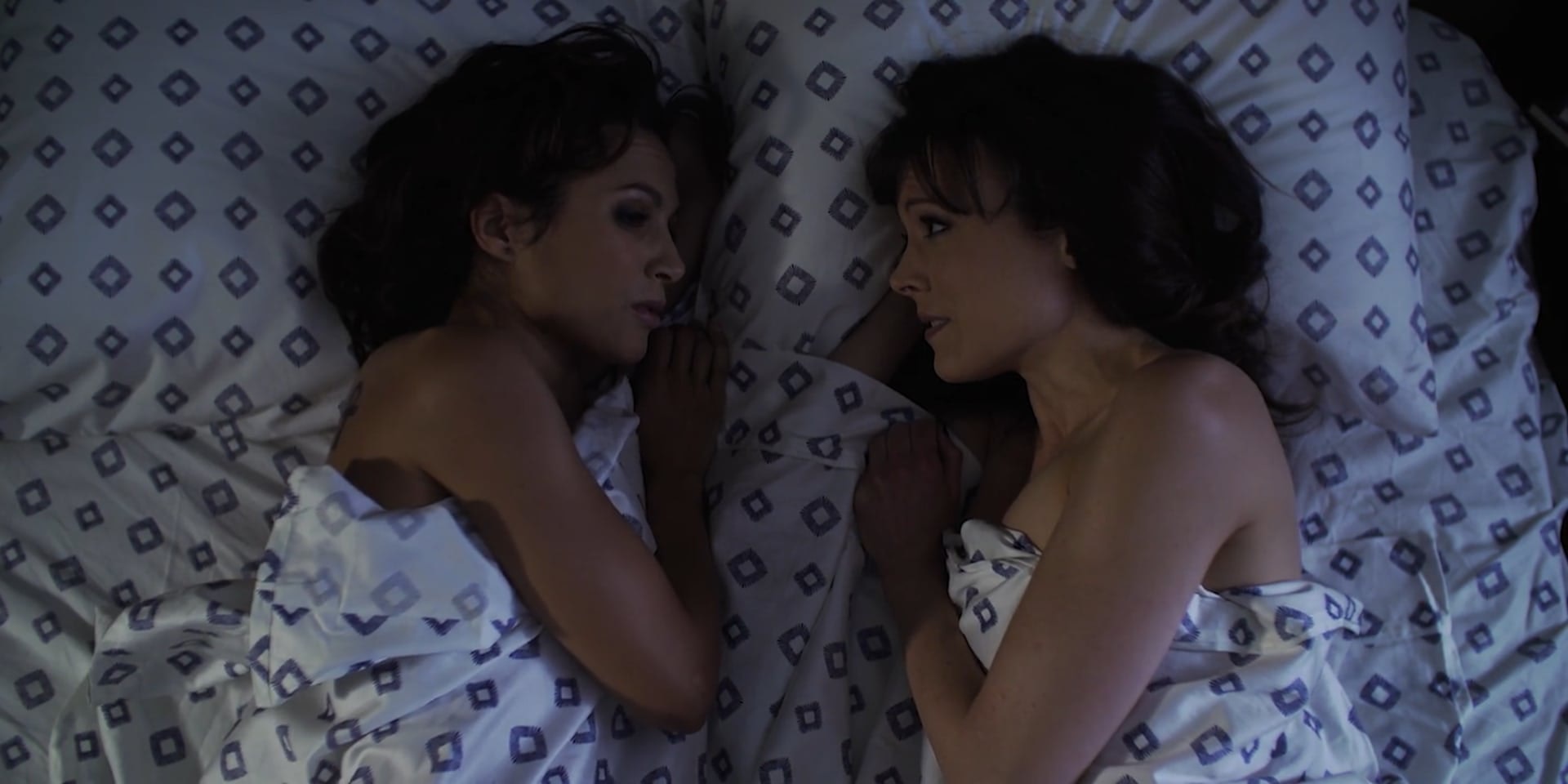 We’re a super niche specialty company. You could look at the full LGBT community and think of that as a niche. We’re like a niche within that niche. Marketing to the [overall] gay community isn’t something I think you can do. The messaging and the content is going to be different for each group. I really wanted to just focus on lesbian and queer women storylines. We’re sort of unapologetic about it. We also have specific rules that we will not break for the community. The first one is, the lesbian can’t die in the end of the movie or show. There doesn’t always have to be a happy ending, but in 2016, there was an epidemic of lesbians being killed off on TV shows. I just think that is such a horrible message, and the fact that it happened [as recently as] 2016 just showed that things haven’t changed that much. There are more versions of CSI and NCIS than there are shows with a lesbian lead. That’s crazy! If you look at web shows that are part of the Indie Series Awards or Digital Emmys, they all have minority characters in them. It’s because network and mainstream TV aren’t serving those communities. We have amazing supporters. They love that we’re putting out content. We have a base that won’t ever leave us, which is really amazing.

Do you have any personal favorite shows or films on Tello Films?

We’ve had two projects that have been nominated for Emmys. For our show Secs and EXECS,Mindy Sterling, who was in the Austin Powers movies, was nominated for best actress in a web series at the Primetime Emmys. Our series Riley Parra had two of our actresses, [Liz Vassey and Carolyn Ratteray ] nominated for Daytime Emmys. We’re the first lesbian and queer women network to be nominated for an Emmy. We’re really proud of that. 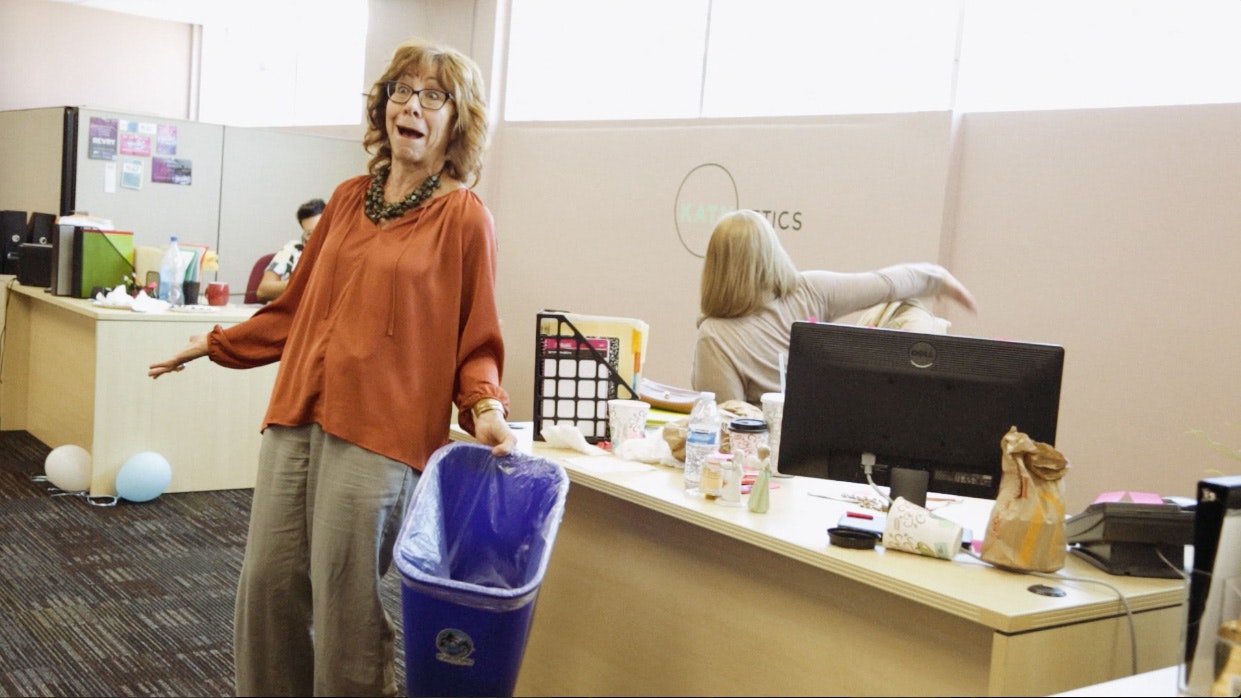 Does Tello Films have any content premieres for Pride Month?

The fourth season of our series, Happy Wife Happy Life is rolling out. We did a live version at Clexa-Con, a queer women fan convention. It’s an original series. It features two married couples who give marriage advice — two of them are stand up comedians, one is an improviser, and one is a writer. It’s really funny. They take questions from the audience and the format is really cute.

What’s in store for the future at Tello Films?

I’m going into production on a holiday movie. It’s the first holiday movie for lesbian and queer women that has ever been made. It’s coming out this Christmas, but won’t be on the Tello subscription for a little while.

We want to first do a theater run, and we’ll be releasing it to rent or purchase on Vimeo. Our strategy for this film is to go theatrical, then TVOD, then SVOD. If we weren’t on Vimeo, we’d have to create a whole separate account just to sell TVOD, but now we can do that seamlessly on the same platform.

Our community has been screaming for that content for the past two years. We realized how oddly satisfying those movies are, so we ran a contest and got some great scripts from new writers for this past Christmas season. It’s something we’re really passionate about bringing to queer women.

Want to watch the content? Head to Tello Films to sign up for a free trial now. Want to learn more about how to start an over-the-top subscription channel? Download  The OTT Revolution.

Paula is a member of the Content Marketing team at Vimeo. She's a film and theatre buff, trivia champ, and bunny enthusiast.

Up next in Case Studies

How this family-run candle company is crushing TikTok advertising

Co-founder Jomaree Pinkard added video to his product pages – and watched his sales increase tick up, up, up. Here's how he did it.