Skip to content
Login Join
Manage videos New video
Back To Menu
Inspiration
Vimeo Video School
Video for Business
Product News
Vimeo HQ
Copied!
Being a teenager in the age of smartphones holds infinite possibilities for education, discovery, and total idiocy. Modern-day technology ensures that all of the whims of a hormonally charged brain will be fulfilled within seconds, if only via a 2D image. Normal human feelings such as loneliness and boredom can be assuaged by a few finger taps on a thin glass machine. Throw in the poor decision-making skills and impulsive immaturity of a young person with an underdeveloped brain, and you may get stuck in a storm drain, ingest lethal amounts of soap or be attacked by a squirrel. Today’s Staff Pick Premiere, “Pocket” provides a very up close and personal glimpse of one male teen’s relationship with the 5.5’ by 2.5’ universe of information available in the palm of his hand. Through the lens of his iPhone, we see the good, the bad, and the gross of a kid who, like most people today, spends a significant portion of his day on the internet. “Part of the initial impetus to make this film was the growing sense that each new generation seems to be changing so quickly because of the exponential acceleration of technological progress…” say directors Mishka Kornai and Zach Wechter. “Did you have Tinder in college? Did you have Snapchat in high school? Did you have Instagram in middle school? Differing answers to these questions represent markedly different life experiences and drastically different ways of growing up. None of that existed when we were in high school, and we started talking about what our experiences would have been like if it had.” Inspired by teens Wechter and Kornai worked with at nonprofit youth organizations, the vertically-oriented short follows the day to day life of Jake Tillner (played with effortless realism by former Nickelodeon star Mace Coronel) through the tiny perspective of his smartphone. Jake is an American teenager who is like any other kid: navigating history tests, getting a driver’s license, sharing inside jokes amongst friends, and avoiding the vigilant glare of his mom. What makes “Pocket” special, however, is its examination of how Generation Z approaches matters of sex. We see Tillner scroll through the feeds of women showing off perfectly unblemished breasts and butts, all the while stalking the much more wholesome Instagram account of his crush, Farrah. Unlike the unattainable models and porn stars he oogles over, Tillner has direct access to Farrah’s attention via text, Instagram, and…(no spoilers here!). But when he is given the opportunity to talk to her IRL without the facade of a carefully curated social media channel, an overwhelming fear of vulnerability takes over. The directors elaborated on how these digital interactions effect a budding mind’s expectations of a romantic interest: “For the majority of kids growing up today, their first experience with intimacy happens online, not in person, which represents a seismic shift in what it means to be a young person with a developing sexuality. The film is not seeking to make a moralistic judgement about Instagram or pornography, but when most kids are spending six hours a day in a space that includes this collision of soft porn and their yearbook, sexual objectification and commodification seems like a worrisome possibility.” 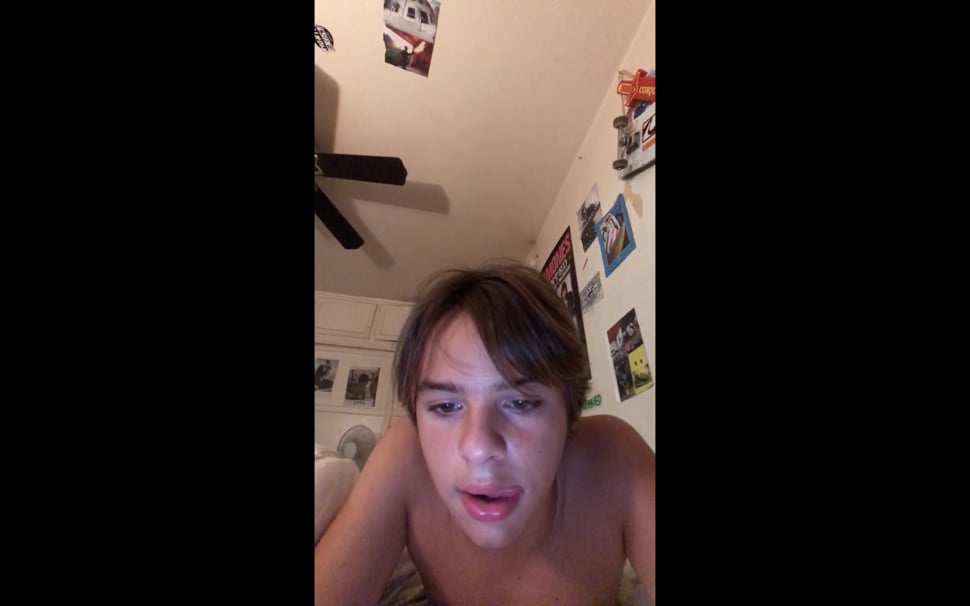 When the philosophical thought experiment of the new millennium seems to be less about trees falling in the forest and more  “If something happens but you didn’t capture it on your phone, did it even happen?”, it’s clear that our culture has experienced an unprecedented shift. The “biggest hope” of Pocket’s filmmakers is that their short “provides audiences with an opportunity to consider and evaluate their relationship with the technology they use every single day.” With humor, ingenuity and realistic performances, “Pocket” accomplishes that goal and more.

Vimeo has partnered with Ghetto Film School and Dolby Vision to bring to life a new series of short films. Watch them here.