In the spring of 2015, Shanesha Taylor, a single mother of two, was arrested for leaving her children in a locked car while she interviewed for a job at an insurance company. Homeless and without access to childcare, Taylor’s teary mugshot captured headlines and sparked a national debate. Should she have left her children in a hot car? No. But what drove her to this desperate act? What options were available to her? Ask enough questions and a complicated reality emerges, one where the line between right and wrong becomes increasingly harder to define.

Inspired by Taylor’s story and similar events around the country, this week’s Staff Pick Premiere, “Caroline”, takes on this complex moral dilemma with a humanist approach. Written and directed by Staff Pick alumni Celine Held and Logan George, the award-winning film centers around six-year-old Caroline, as her seemingly normal day erupts in a dramatic fashion when her mother (played by Held) leaves her in charge of her two younger siblings in a steamy car.

“We became obsessed with these stories, about the idea of a good Samaritan, the hero complex, crowd mentality,” explain Held and George, “and we loved the idea that two of the children are essentially strapped into car seats for the majority of the film.” Before shooting with three real-life siblings, (Caroline, Brooks and Sally Falk) the filmmakers spent time getting to know them in pre-production. The result of which fostered an undeniable bond between Held and Caroline.“They were inseparable,” says George, who in addition to writing and directing, also edited the film. “We decided it seemed silly to use what would essentially be a middleman in the film: an actor who we would have to trust to help guide Caroline along in order to hit the major beats. Why not have a director there, directing from the inside out?”

This intuitive approach, combined with a thoughtful dedication to story and characters, results in a film that embodies a carefully considered naturalism. “We spent months exploring every possible avenue of the story, trying to understand these characters we were creating and the situation we were exploring to the best of our ability.” With this foundation in place, and longtime collaborators Lowell A. Meyer (director of photography) and Kara Durrett (producer) rounding out the team, the film culminates into a tense collision of good intention and risky decisions that define the grey area of human behavior. “We feel that most of life lives in that grey area: there are no villains or heroes, but human beings who are usually just trying to do what they think is right.” 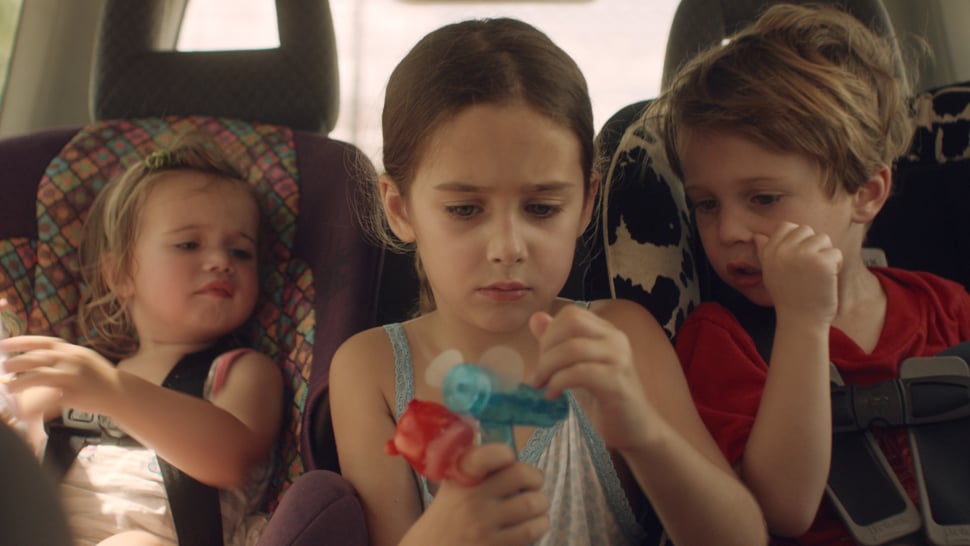 This is the second Staff Pick Premiere for the husband and wife filmmaking duo who have had an impressively productive few years. Since premiering their short “Mouse” on Vimeo, they’ve gone on to make some of our favorite short films and were selected as part of IFP’s “25 Faces of Independent Film.” It’s no surprise that after it’s SXSW premiere, “Caroline” went on to screen as the only American short film in competition in Cannes and has won three Academy qualifying festival awards. If you haven’t caught on to this talented team, now’s the time to start paying attention.

If you’re interested in premiering your short film as a Staff Pick Premiere, please check out vimeo.com/submit for more information.

A stay-at-home mom gets into a murderous car crash where nobody wants to take the blame in this Sundance 2020 favorite.

Ditch the news cycle and clear your palate with these 10 short bites, as chosen by our in-house curators.