Back in March, photographer and director Joey L. was gearing up to embark on a personal photo project covering the conflict in the Kurdistan region of Iraq and Syria. At the last moment, Joey decided to grab his GoPro kit “in case anything interesting happened.” The result is a fascinating 30-minute documentary telling a story that most people in the U.S. don't get to hear — this story both humanizes the Kurdish fighters and offers a unique and revealing first-person depiction of the war zone.

Upon watching Guerrilla Fighters of Kurdistan, we just had to know more. We sat down with Joey to talk about why he decided to make this film, what preparations he had to take, and how he managed to return safely to the U.S.

Vimeo: Why did you decide to tell this story? How much did you know about the Kurdistan region prior to making this film?

Joey L.: I've followed the conflict very closely since the first peaceful protests started in Syria during the Arab Spring and escalated into the war we see today.

I am fortunate to have a friend and client who is a Lieutenant Colonel in the U.S. Army and after our Army photoshoots each day, we would stay out and talk about Kurds, ISIS, and the future of the region. It was more of a personal interest and at that time I didn't imagine that I would eventually go myself.

War is messy and brutal, but I believe that the Kurds are carrying out a fantastic long-term strategy that will bring further stability to an extremely hostile region. To witness this unfold day by day is an incredible thing. 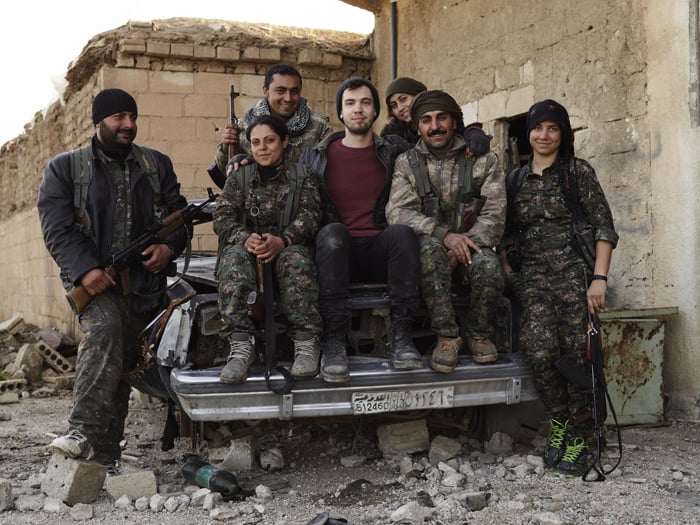 How important was it for you to be a journalist? Did you aspire to journalistic methods or standards? Your admiration for the PKK fighters comes through, but it feels like you strive to maintain neutrality, and touch on the Turkish perspective that the PKK are terrorists.

I consider my work to be more portrait based, but of course I admire the ethics of a lot of journalists and photojournalists.

All journalists are human and therefore have bias, whether they share it or not. I admit my bias in the video piece, and I can do that because I am a freelancer and do not directly represent a major publication. The world is not black or white — it is grey and nuanced. This also applies to every group fighting in Iraq and Syria.

Do you consult with the State Department for these kind of trips?

In my opinion, the State Department's lack of communication and intelligence has failed every American hostage in Syria and, unfortunately, at this time they would be the last entity I consult. (There is a great New Yorker piece entitled “Five Hostages” by Lawrence Wright that shares my sentiment.) Non-government, independent sources are much more knowledgeable about the constantly changing landscape. 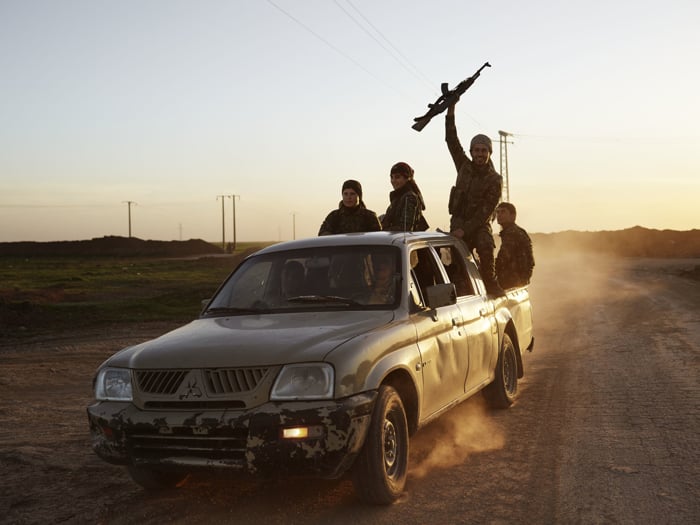 You make a point to highlight that all of this footage was shot on your GoPro kit. What do you think the use of that camera brought to the project? What did you use to capture audio?

In all honestly, I almost didn't bring a video camera. As a one-man show, I figured I would be too committed to still photographs to focus on properly filming a proper video piece. Eventually, I figured it wouldn't hurt to bring a small camera I wouldn't have to do anything to set up. I'm obsessed with production value, yet I was forced to let go on this project. Slowly, what I captured evolved into the final piece, and I believe the video became just as important as the photos themselves.

The new GoPros shoot 4K and create incredible footage, and with a bit of practice and tweaking, you can get some great results. No, it's not a RED or Arri, but without it I wouldn't have been able to capture any footage at all while creating my photo series.

The nicest feedback I got on the GoPro stuff was from my friend and cinematographer Khalid Mohtaseb. He said, “Hey Joe, those interviews look like complete shit and I love that you did it like that.”

The audio is just the native GoPro mic, which is surprisingly good. My narration was recorded on a Rode boom mic afterwards.

A GoPro can be seen attached to your camera or chest for much of this film. How much of the footage was captured in this way vs. more composed shots?

Mounting a GoPro to myself or a nearby object was the only way to capture video while I was shooting still photographs. For all other times, I used this little handheld Gimbal.

How do you insure yourself and your kit on a trip like this?

I have worldwide health insurance but let's be honest — if something happens to you out there, your best bet is to get help locally. Perhaps the best insurance policy is having some safety plans set in motion should something happen to you.

My gear is insured worldwide via TCP Insurance.

How does what you saw firsthand compare to the coverage of the story from Western/U.S. media?

The mainstream network news must condense everything into quick, punchy, edible sound bites. The moment something starts to become deep and thoughtful, there is a commercial break for a Swiffer Sweeper. “Is ISIS the Ebola of Terrorist Groups!?!?” the news anchor exclaims, then moves on to Sports.

This is why I love the new longer forms of media — online videos, podcasts, etc. We are beginning to share information in ways more in tune with how the world spins. 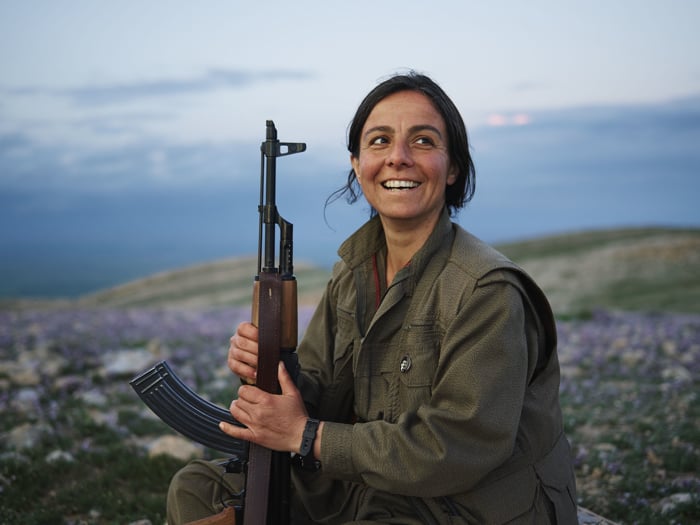 Is this the most dangerous trip you've been on yet? Or is there another that has beaten it?

I have been in some very hairy situations, but this was the most dangerous.

Did any of your friends or family try to prevent you from taking this trip? Did any of them think you might have gone crazy to take on a project like this?

Only my closest friends and family knew about Iraq and Syria, and they reluctantly supported me in my decision. I told everybody else I was going to Japan.

You do an amazing job of keeping cool, but there must have been some pretty scary moments over the course of the trip (there are a few in the film!). How do you deal with those?

The guerrillas will do anything to keep you out of harm's way, so there is still a feeling of relative calm even in dangerous moments. In these times, I relied on the local commander's expertise, since he or she witnesses ISIS attacks every day. The best thing to do is calmly observe a ï¿¼ï¿¼ï¿¼ situation unfold, and then decide to make a move or not.

Doug's main goal in life is to be a trill individual. He co-founded the Internet Music Video Database in 2012, and since then has watched more music videos than anyone. His favorite dance move is The Nae Nae.